You are at:Home»Current in Fishers»Humble Wickens remembered for powerful voice, musical passion 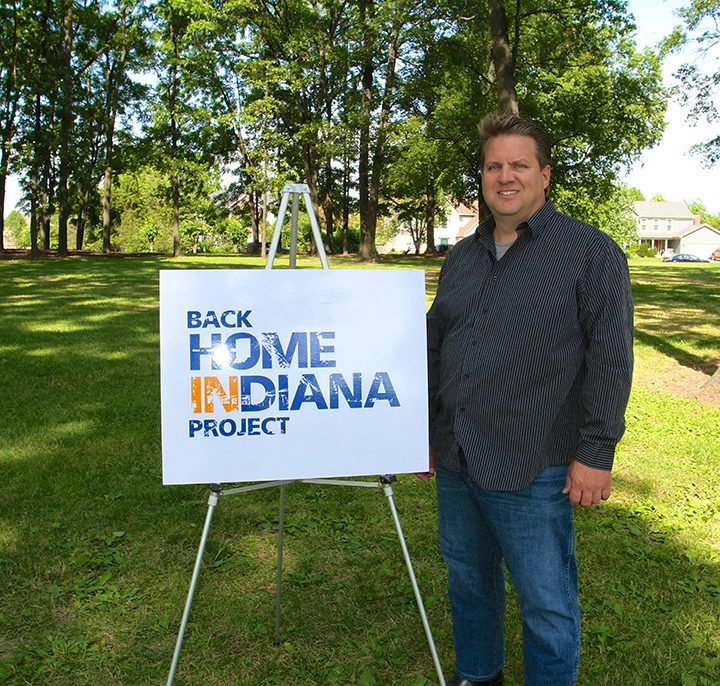 Eric Wickens possessed a strong bass baritone voice that had a way of grabbing listeners.

“They felt it and it moved them,” Kelly Wood Wickens said of her late husband. “They would wait to talk with him and they would send him cards. Every time he was humbly thankful. He never expected it. He sang because he felt like he had to because it was his gift, and he had to share that gift. He was so very humble.”

Kelly, who was married to Wickens for 4 1/2 years, described her husband as introverted.

“It was hard for him to talk with people he played racquetball every weekend for 15 years,” Wickens said. “He was quiet, so people were amazed that he could go sing in front of 5,000 people. I was able to give part of this eulogy, and I could talk to hundreds of people. But I couldn’t talk to 5,000 or sing to 5,000. That dichotomy was Eric, that’s who he was.”

Kelly and their 3 1/2-year-old son, Quincy, were not at the game. They had seen him sing “The Star Spangled Banner” the previous week at a baseball game at Grand Park.

“Eric was an outstanding person,” said Jeff Neidlinger, Indy Fuel director of game operations. “When he would sing our National Anthem, he would light up the arena with his vocals. He became a known name around the Indy area and especially at our Indy Fuel games. Eric was always a pleasure to work with, and he will be missed greatly by myself, our staff and our fans.”

Tony Fannin, a Geist resident, was a friend and a business partner of Wickens.

“It was very shocking,” Fannin said. “He was our house the (day) before, and he was in good health. He played racquetball that morning.”

“On a one-on-one level, he’s introverted, but put him in front of a crowd to sing, and he could do it very easily,” Fannin said. “A lot of sincerity came through. People saw he was very authentic in what he was doing. He was a very genuine person. He showed his passion because often people talk about what they would like to do but don’t do it. He seldom talked about it but he actually did it.”

Anderson Highland High School choir teacher Jean Miller met Wickens when he was 18. They shared their love of music and pizza through the years.

“As a senior he was a very serious student and he loved to sing the classics, particularly Russian composer classics,” Miller said. “He was a bass singer. He was tremendously polite as a high-school student, and that’s very impressive.”

Miller and Wickens made a recording together with Miller playing piano and Wickens singing his senior year. Then did another a few years ago.

“He was a gentleman,” Miller said. “He was consistently kind and caring. He loved all kinds of music.”

Wickens released an album, “Comfort,” in 2013. He was the managing director of VOCE, a professional ensemble, which performed at his Aug. 19 funeral in Indianapolis.

Donations are being accepted for Eric Wickens’ Memorial Fund, which will help with expenses and Quincy’s future education needs, at any Huntington Bank branch or Huntington National Bank, 11640 Olio Rd., Fishers.