You are at:Home»Current in Noblesville»Successes of sound: Marching Millers win state title after sterling year of achievement 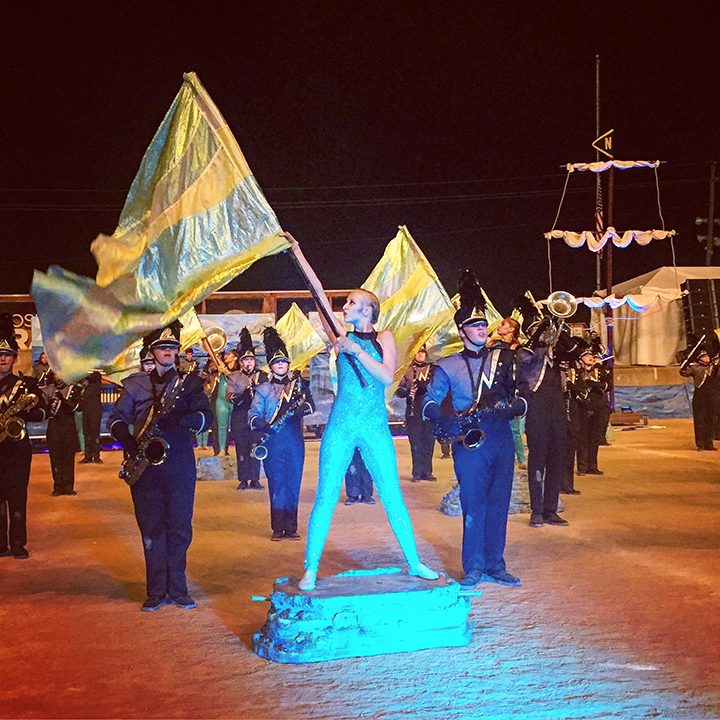 It’s been a year of going above and beyond for Millers involved in band programs at all levels in Noblesville Schools.

Beating out 48 other Indiana high school marching bands Aug. 5 for the honor, this is the first time NHS has placed first in 65 years. The last time was 1952. State Fair Band Day began in 1947. 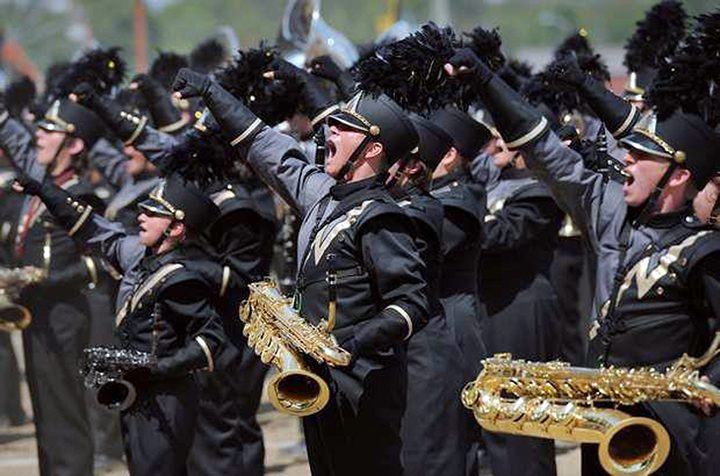 “We were undefeated this summer,” NHS Director of Bands Eric Thornbury said. “Every competition entered, we won, three invitationals.”

The first performance of State Fair Band Day earned the group of 125 members (musicians and color guard) an overall score of 89.5, placing first in the initial round of performances. In the middle of the day, the “Sweet 16,” the top 16 scorers, moved on to an evening show, where Noblesville also placed first, earning an overall score of 92.6.

Ironically, the day began early and not as planned.

“We were to perform at 12:12 p.m. We practiced from 7 to 8 p.m. and left the school at 9:15 a.m. Even though it’s just a 25-minute drive to the fairgrounds, it took us an hour and a half just because of traffic (congestion),” Thornbury said. “It takes and hour to unload our trucks and to get dressed and ready, and we had an 11:30 a.m. queue (to be ready to perform). So I was stressed out, but the kids did great.” 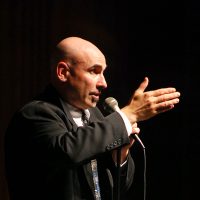 Long days are the norm for members of the marching band, which works from the tail end of the school year into the following school year on its season show.

“We have after-school practices starting in May,” Thornbury said. “The goal is to get the music into the students’ hands and practicing it before leaving for summer vacation. We take a few weeks off in June, but then begin that month with practicing seven hours each day, Monday through Thursday, and 2 to 5 p.m. Fridays, until schools starts. We also have band camp in July, and that’s nine hours a day.”

Thornbury said the band’s summer successes can be attributed also to the achievements made during the 2016-17 school year.

At the high school level in March, the color guard placed seventh among 64 groups in a regional competition. The same month, NHS’s jazz band made the Indiana State School Music Association state finals for the first time and earned honors for outstanding rhythm section. Earlier in the year, seven jazz students were selected to perform in All-State Jazz Bands. The district’s winter percussion group moved up in class to “Scholastic A,” later qualifying for state finals with the Indiana Percussion Association, placing ninth. Several students also were named to the All-State Honor Bands, with varying levels of distinction.

“Success in winter helped us this summer,” Thornbury said. “In our concert band program, our kids are playing better than ever year-round, and that’s the core program. I would tell you the biggest factor this summer was the positive attitude and work ethic. We had fun. We knew we were getting good. They worked so hard and were performing at a high level. Everybody was great, kids and parents alike. There was a really special synergy that happened this summer.”

What district leadership is saying

“We are proud of our NHS band leadership and students and excited that they have brought home this impressive honor. Noblesville is a national leader in music education, and the Marching Millers are a great example of the hard work, passion and perseverance we look to instill in our students.” –Noblesville Schools Supt. Beth Niedermeyer 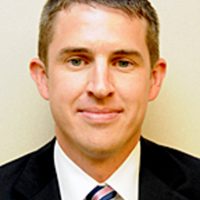 “Under the direction of Mr. Eric Thornbury, our band has shown impressive growth and determination these last several years with increasingly successful results. We are all proud of every student, parent volunteer, and staff member who contributed to this year’s win.” –NHS Principal Jeff Bryant

Announced earlier this month, Noblesville Schools will begin offering dual-credit advanced band classes through Indiana University Kokomo, the first in the state to do so.

Todd Gambill, vice chancellor for student services and enrollment management at IU-Kokomo, said the dual-credit program not only gives the high school students a chance to earn credit toward an undergraduate degree but also allows IU-Kokomo to showcase its growing music program.

“We felt like exposing these students to a college campus, and giving them a real college experience, was an important component of this partnership,” he said. “The students will earn IU credit at little to no cost to them and can begin to understand and appreciate the rigor associated with a college-level course. This allows us to meet a need in our region.”

“We are particularly excited to partner with IU-Kokomo to be the first high school in the state to offer this type of dual-credit arrangement in advanced music,” NHS Principal Jeff Bryant said. “This new option will continue to enhance our dual-credit offerings for students, providing a head start on their college careers while saving money.”