You are at:Home»Current in Carmel»Carmel Community»Carmel clerk-treasurer remembered as ‘an advocate of the taxpayers’ 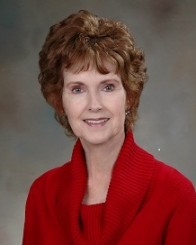 For nearly 20 years Diana Cordray was responsible for the City of Carmel’s finances as its clerk-treasurer. Less than two years after leaving office, family and friends are mourning her loss as she died Aug.18 at age 72.

Her two decades in elected office included some of the city’s greatest growth in population and prestige, and she did not take her role lightly. Sandy Johnson, who worked alongside Cordray in the clerk-treasurer’s office, described her as “an advocate of the taxpayers.”

“She did not charge for copies or notary service because the taxpayers were paying for the copier, paper, electricity, service and notary fees, so they should not be charged, even though other departments (charged),” said Sandy Johnson, who worked with Cordray as an asset manager in the clerk-treasurer’s office. “Our staff provided all of the items in our kitchen, plates, utensils, coffee, and more out of our own pockets because she did not think the taxpayer should pay for this.”

During her time in office, Cordray helped implement Laserfische, an online database that allows users to search through public documents. Shortly before leaving office in 2016, she said that instituting that system “improved government transparency” and is among her greatest accomplishments as Carmel’s clerk-treasurer.

Cindy Sheeks, who worked alongside Cordray during her entire time in office, said that Cordray was always looking for ways to better serve the taxpayers and believed transparency and truth were the best ways to do that.

“She expected her staff to hold the same beliefs with regard to public service. We were there to serve, not self-promote,” Sheeks said. “She expected us to be good stewards of the information entrusted to her office under state law.”

Cordray’s influence extended well beyond Carmel. She was a member of the Indiana Association of Cities and Towns, becoming only the second clerk-treasurer selected as president of the organization.

“This is no small feat,” said Michael Griffin, Town of Highland clerk-treasurer who served with Cordray on the legislative committee of the Indiana League of Municipal Clerks and Treasurers. “To rise to that place, she earned or enjoyed the respect and regard of mayors, clerks, clerk-treasurers and legislative body members from throughout the state.”

She also served as head of the Indiana Real Estate Commission, was a ILMCT chairwoman and was a member of the Governor’s Commission on Physical Fitness and Sport.

Griffin said Cordray was active in getting improvements made to the state’s Rainy Day Fund law, and Sheeks said the former clerk-treasurer “spent countless hours” testifying before state legislators on the potential impact of pending bills.

Johnson said that Cordray received many awards during her time in office, but among her greatest accomplishments was her leadership skills.

“She was a classy lady with grace and style. She backed her employees no matter what,” she said. “I will always be grateful for the 13 years I served under her and with my co-workers. Our leader has gone, but we will always remain family because of Diana.”

The Cordray family will greet friends from 2 to 6 p.m. Aug. 27 at Indiana Funeral Care, 8151 Allisonville Road, Indianapolis. Services will be at 11 a.m. Aug. 28 at Mt. Pleasant Christian Church, 381 N. Bluff Rd., Greenwood, with visitation from 10 a.m. until the time of service. Burial will follow at Mt. Pleasant Cemetary.