You are at:Home»Current in Noblesville»Air quality being addressed at Noblesville Schools 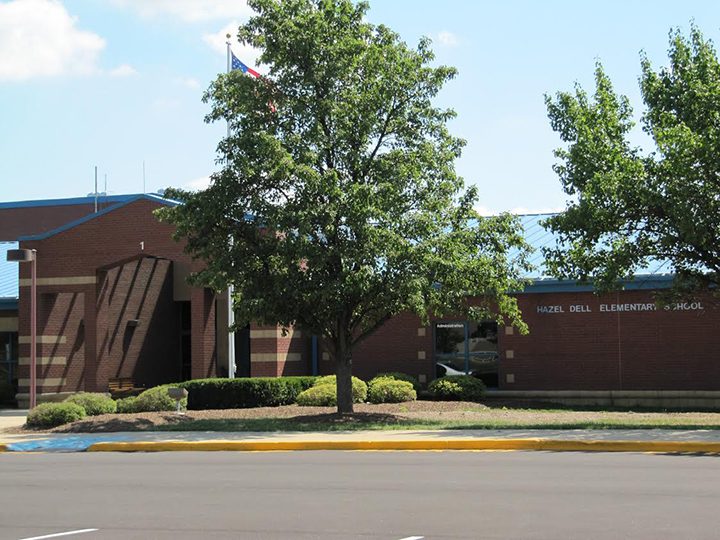 Controversy over the use of portable classrooms due to lack of traditional classroom space in growing school districts in Hamilton County is not new, and at Noblesville Schools, some parents’ frustration heightened last week after results of an Indiana State Dept. of Health testing of indoor air quality were returned to the district.

The Aug. 18 report from the state to Noblesville Schools summarized the Aug. 10 testing of Hazel Dell Elementary, 3025 Westfield Rd. According to the report, the testing was done at the request of a “concerned citizen.”

According to the ISDH’s School Indoor Air Quality Rule, the carbon dioxide levels inside school buildings and facilities must not read 700ppm (parts per million) over the outdoor concentration.

At the Aug. 10 testing of parts of Hazel Dell Elementary, the outdoor reading of carbon dioxide was 366ppm, meaning indoor rooms had to read 1,066ppm or lower to be compliant with the School Indoor Air Quality Rule.

In the report from Ron Clark, an industrial hygienist for the ISDH, to Noblesville Schools, he states the district’s maintenance staff at Hazel Dell Elementary fixed one of the units in need of repair while the state’s inspectors were still on site. At the time of the report, Clark also said school administration was currently working to fix the issue.

“The obstruction was corrected, and we were able to confirm that additional fresh air was being supplied to classrooms in (a part of the school),” Clark stated. “We would expect the carbon dioxide levels for the classrooms in that wing to have lowered by the next school day.”

In addition to abnormal carbon dioxide levels, the inspection found both higher-than-recommended humidity levels and temperatures.

In the report, Clark said rooms should not exceed 78 degrees and 65 percent humidity during periods of student occupancy and recommended the district inspect all HVAC units.

Before the Aug. 10 tests, air quality tests were conducted a few weeks before, from July 28 to 31.

“The general indoor air quality parameters all were within the recommended range for a normal indoor air environment in the classrooms tested,” Cooke said. “School districts are not required to test for air quality. However, because of our commitment to health and safety we do perform air quality testing on a periodic basis.”