You are at:Home»Current in Zionsville»Brooks denounces white supremacist groups

In the wake of the violence in Charlottesville, Va., after neo-Nazi and white supremacist groups clashed with counter-protesters, U.S. Rep. Susan Brooks wants there to be no question on her position. 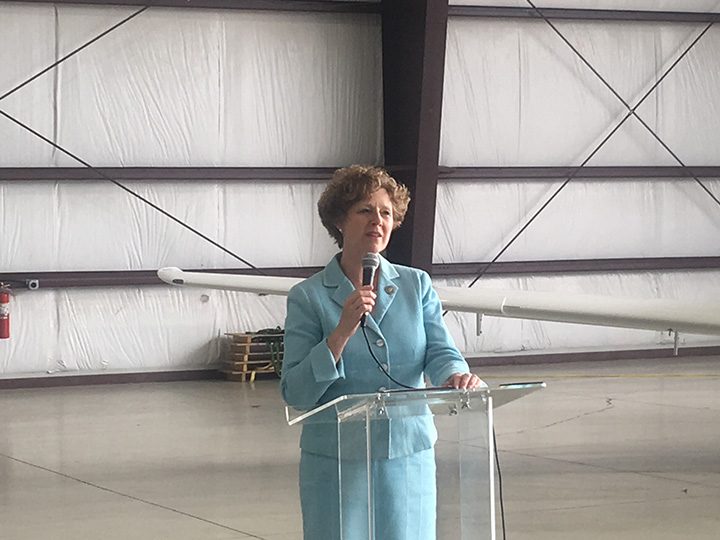 “In case people think I haven’t been clear enough, I want to be a little more clear,” Brooks said at the combined Westfield and Zionsville chamber of commerce luncheon Aug. 17 at the Indianapolis Executive Airport. “I absolutely denounce and detest neo-Nazism, white supremacist groups and any of those groups. I fought them as a U.S. attorney. On social media, it gets a little tough if you don’t say enough. Or if people think you don’t say it strong enough, but I’m here to tell you I live in a community that I know we don’t believe in those things, bigotry, racism and violence. The protest was awful. The message was awful.”

One person, Heather Heyer, was killed and several injured Aug. 12 when an alleged white supremacist drove into demonstrators protesting the white supremacy rally over the city’s decision to remove the statue of Confederate Army Gen. Robert E. Lee.

“We have to renew our commitment to healing our country,” Brooks said. “I was pleased people peacefully had a sit-in to say this is wrong in the city of Indianapolis. Peaceful demonstrations are fine. We also have to realize things that made us different in this country also made us great.”

Brooks said she was proud when then-South Carolina Gov. Nikki Haley (now U.S. ambassador to the United Nations) made the decision to remove the Confederate flag from the statehouse after the shootings in a historic African American church in Charleston in June 2015. Nine people were killed by Dylann Roof, a white supremacist who had posted social media photos of himself with the Confederate flag.”

Asked about President Donald Trump’s comments blaming many sides for the violence, Brooks did not want to comment directly on his statements.

Brooks said the issues about statues and Confederate flags are real issues in communities that are going to have difficult discussions.

“I think they even have more meanings in the southern states than they do for us in the northern states,” Brooks said. “I’ve seen that with my colleagues and what has been their history and them not seeing that seeing it as a symbol of racism is something that I have heard. But yet I completely respect those who do see it as symbols of racism. This is difficult discussion the country has been having for some time, but I think Charlottesville is causing it to go to a different level.”