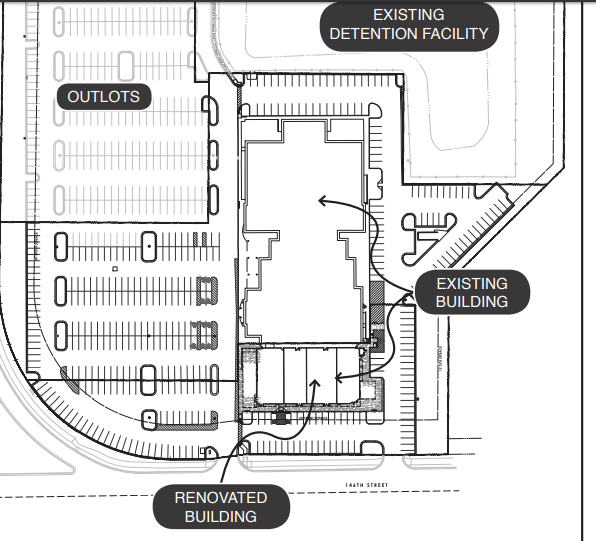 What it means: After a favorable recommendation from the Advisory Plan Commission, the city council approved Village Park Plaza renovations, 7-0. Nearly $10 million will be spent by developer Washington Prime Group to remodel and add retail shopping to the Regal Cinema theater at Greyhound Pass and 146th Street. The project includes redesigning 12,000 square feet on the south end of the 57,600-square-foot movie theater. The group will turn the space into four retail or restaurant venues facing 146th Street. The interior of the theater also will be renovated.

What it means: A favorable recommendation was sent to the council from the APC on Aug. 7.

What happened: Five new items were introduced to the council, four were forwarded to the APC for further review and public hearings set for Sept. 5. The fifth item was a fireworks ordinance unanimously repealed by the council.

The amendment calls for certain signage standards for the Bridgewater Business Park off of Gray Road. If the APC sends a positive recommendation on the PUD, the council could vote as early as its Sept. 25 meeting. Councilwoman Cindy Spoljaric raised doubt during the introduction.

“The language seemed a bit ambiguous. What standards will apply to the whole site?” Spoljaric said. She then asked for clarification, saying in part that she thought the sign standards “applied to the entire PUD.”

At nearly 18 acres, the PUD is just north of 171st Streeet to the west of the City Services Center. Family owned Newby Farms currently sits on the land. The PUD is currently zoned for Agriculture/Single Family districts. Potential uses include agritourism, an equestrian facility and up to two single family homes. The council plans to vote on the PUD at its Oct. 9 meeting, if the APC sends a positive recommendation.

“The intention of what I am trying to do  is preserve the farm as much as possible,” owner Kevin Newby said. “We want educational activities for the kids, including things such as a pumpkin search. We want to teach them more about gardening. The equestrian piece of it kind of goes hand-in-hand. It is about preserving the farm itself.”

Newby said the original PUD is not up to par and does not allow for additional activities.

The amendment asks for an additional 15 acres north of Chatham Hills. Developers want to incorporate the land for better access in future phases of the development, according to city planner Pam Howard.

The council heard presentations on a proposal for a new section of Bridgewater. The neighborhood, Oak Hollow at Bridgewater, would be northwest of 151st Street and Carey Road. Half-acre lots dot the entrance and around a natural lake. It would have large lots with buffer trees. A roundabout would connect to the new section of Oak Park on Oak Road, while another entrance would join Carey Road from the west.

Spoljaric raised doubts about how heavily traveled the nearby roads are and if potential rear back yards of the homes will be affected.