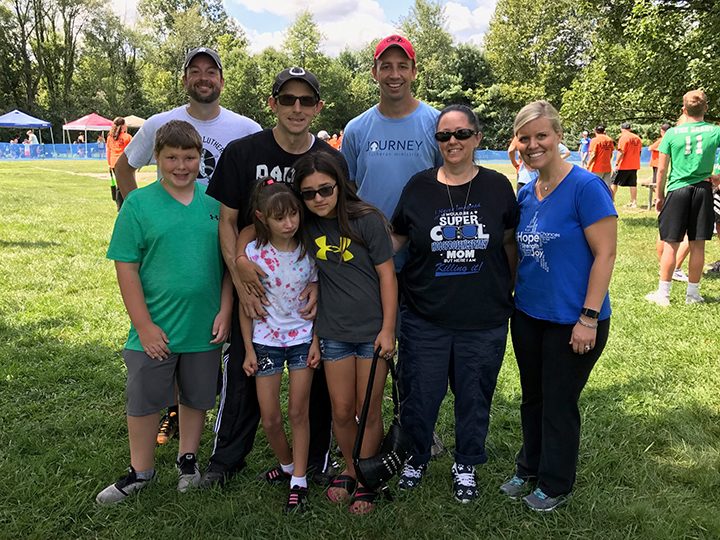 Kailei Ribich is an adventurous 11-year-old with many interests. She enjoys swimming and reading, is fascinated by aviation and really likes electronics.

“She loves airplanes and books. She’s real technical,” said Kris Heide, Kailei’s mom. “She loves blocks and her iPad, of course. What kid doesn’t? And she loves stuffed animals.”

Above all, Kailei loves Disney characters and “SpongeBob SquarePants.” In December, she’ll get to meet them.

Thanks to an Aug. 5 whiffle ball tournament in Fishers, Kailei and her Noblesville family will  visit Disney World in Orlando, which will fulfill her longtime wish to visit the Magic Kingdom.

Hosted by Journey Lutheran Ministries in Fishers, the tournament was a fundraiser for the Make-A-Wish-Foundation. This year’s beneficiary was Kailei, who suffers from holoprosencephaly, a cephalic disorder whereby the embryonic forebrain doesn’t develop properly during pregnancy. It is often fatal before birth. Survivors have varying degrees of developmental disabilities and dramatically shortened lifespans

But more than a decade after her diagnosis, Kailei enjoys all the activities most 11-year-olds do. Moreover, she looks forward to her upcoming trip, which was made possible through the whiffle ball tournament.

“It was fun. There were a lot of people,” said Kris, whose husband, Jeremey Heide, played in the tournament. “It was a lot of fun.”

A student at Hinkle Creek Elementary School in Noblesville, Kailei has an older sister, Alexis, who is 12. She had an older brother who died of holoprosencephaly 28 days after birth.

“It’s a day-by-day disorder,” Kris said. “We’re all going to pass away, but it’s one of those (disorders) that she won’t survive, obviously, as long as most people will.”