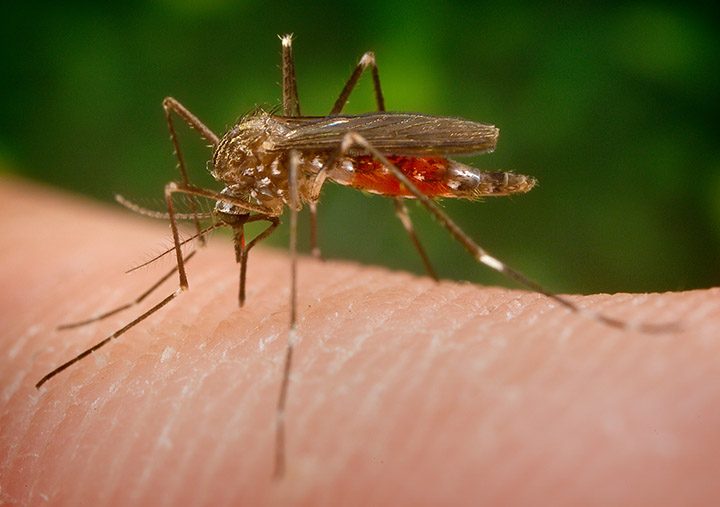 The City of Noblesville was informed Aug. 2 by the Hamilton County Health Dept. that an in-house testing of mosquitos returned with a positive sample of West Nile Virus in Dillon Park.

The samples were collected by the Indiana State Dept. of Health, and there has not been any notification of humans being infected with the virus in Noblesville.

“To be safe, all residents are encouraged to use bug spray when outdoors,” Mayor John Ditslear said. “The city and county are taking all steps to remove mosquitos through larvacide, spraying and monitoring.”

As a preventative measure, the Noblesville Street Dept. several year ago began controlling mosquitos at the larval stage with larvacide. Larvicides kill larvae in the breeding habitat before they can mature into adult mosquitoes and disperse – helping to reduce the adult mosquito population in nearby areas.

“We’ve received so much rain that large standing water is not getting stagnate where mosquito larvae are hatching. It could come from smaller areas like watering cans or puddles,” Noblesville Street Commissioner Patty Johnson said. “Since we began larvacide, we’ve had less issues with mosquitos. Catching them before they hatch is the best option.”

Mosquitoes breed in standing water. Even a container as small as a bottle cap can become a breeding ground, according to officials. Residents should: