You are at:Home»Current in Fishers»Local Southeastern Youth Rugby program growing 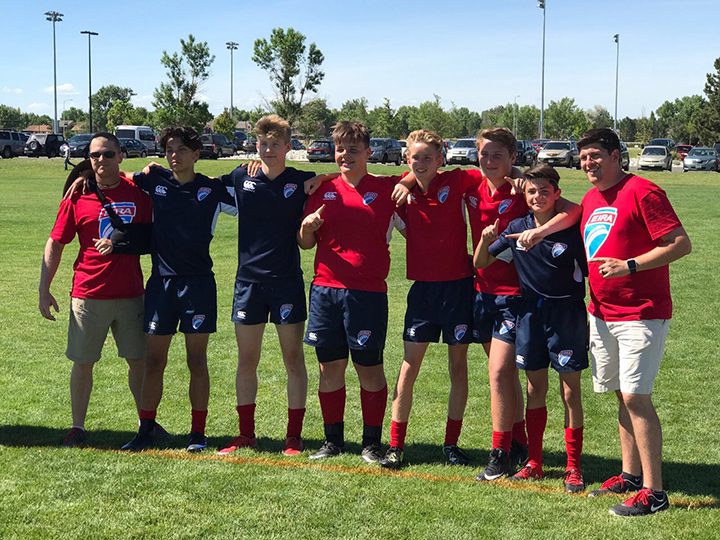 “We have 90 kids in our program, which is the most we’ve ever had,” said Grove, president of Southeastern Youth Rugby. “It fell short of our goal of a hundred, so that’s what we want to hit next year.”

“We hope the fallout from this tournament creates a lot more interest in rugby,” Grove said. “Rugby is the fastest growing sport in the country.”

Several Fishers players were on the Midwest All-Star team that won the title in Rocky Mountain Challenge, a Regional Cup Tournament, in Denver in early June.

Grove said participants then play in high school at Fishers or Hamilton Southeastern. Some play for Cathedral as well.

Fishers High School moved into the Rugby Super League this past season.

“Rugby is great conditioning for football so when they go back to play football, they’re going to be in better shape,” Grove said. “If you are a good rugby player, you’re going to be a good football player.”

Grove said there are fewer concussions in rugby than football. The only protective gear is a mouthpiece.

“We teach them form (when they are) young, like how to action tackle,” Grove said. “We don’t use our heads as weapons.”

Grove, a 32-year-old Carmel resident and president of White River Rugby, has played for four years.

Although not a Fishers resident, Grove’s son, Erza, 5, will be allowed to play in the league because Grove is a coach.

Oliver Shailes, 13, who plays on the seventh- and eighth-grade team for Fishers-HSE, has been playing for four years.

“I like that everybody can run the ball, score, pass the ball, it’s a team sport,” said Shailes, who will be an eighth-grader at Fishers Junior High.

The YMCA of Fishers is sponsoring a co-ed, two-hand touch rugby camp for grades second through eight. League play is every Tuesday and Thursday from 6 to 8 pm July 11 to Aug. 8. The camp, held at The Journey Church in Fishers, is open to all children, not just Fishers residents. The cost of the first four-week camp is $65. Registration is online at indymca.org/fishers/.