You are at:Home»Current in Fishers»Fishers resident receives Woman’s Press Club of Indiana award

Fishers resident Elizabeth Granger was recently awarded by the Woman’s Press Club of Indiana at its annual awards luncheon in Rising Sun. Granger is a freelance writer and former journalism teacher. 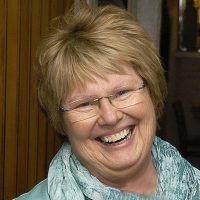 First-place finishers move on to the national round through National Federation of Press Women. Granger placed nationally as well.

“First-place winners from the state level go on to the national level of judging. My little personality profile about Michael Cassady took a first place nationally,” Granger said. “Then my two articles that were the specialty articles in food took an honorable mention nationally.”

Granger has been a member of WPCI since 1999.

“It’s not just for writers. It’s women and men who are affiliated with journalism in the state of Indiana,” she said. “We’ve got people who are photographers, people with websites, people with magazines and newspapers. It’s kind of a hodgepodge of people all related to journalism.”

Granger learned about writing opportunities through Travel Indiana during a chance encounter with a former co-worker from more than 30 years prior.

“I was on a panel discussion a couple of years ago and she was, too. She is one of the publishers for Travel Indiana, so I started writing for them,” she said.

Granger said her work is validated through the awards.

“It’s always nice to receive awards. It’s nice for others to see,” she said. “You know, when I was a teacher we entered a lot of competitions and we would say we’re not writing this to win. Then we would laugh because if something was really good there was always an award possibility. The thing is, if some outside source says this is good, then there was more proof to us that we’re doing a good job.”