You are at:Home»Current in Westfield»Montalone named new director of operations at Westfield amid staff shakeup and looming construction

Days after Nick Verhoff, Westfield’s former director of operations, announced his retirement after 18 years of service, the district named Maple Glen Elementary School Principal Joe Montalone to the position. Montalone is tasked with overseeing transportation and energy for a growing student population and building projects,  including construction on the intermediate, middle and high schools as early as next year. 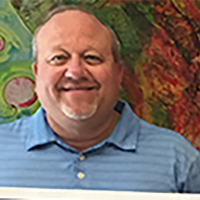 Montalone said he wants to focus on serving the community and students across the district.

“The role as principal has prepped me well. I do want to continue my job in a very effective manner,” he said. “This is about serving the community and understanding the importance and responsibility of it.”

Montalone will oversee the newly appointed construction manager in an executive position at a time when the district preps for major renovations next summer after the passing of a special construction referendum in May. He said he wants the construction completed on time and under budget.

“My goal and hope is to gain much knowledge from what (Verhoff) has accomplished and support the school board and Dr. (Supt. Sherry) Grate with everything necessary,” he said. “Regarding the vision of our schools, I want to help do things right within the community and serving the people of our great city.”

Montalone has worked for Westfield Washington School for more than 15 years, 11 of which were spent as principal of MGES. Montalone said he will miss being a principal.

“I got into education to work with kids. I am going to miss the day-to-day conversations and dialogue I had with students and teachers,” he said. “I had the best job in the state, but this next position will be enjoyable. I am honored and humbled by the opportunity in transitioning with (Verhoff) and serving the district in many different entities.”

Westfield Washington Schools is accepting applications for the new principal of Maple Glen. The position should be filled by the start of the 2017-18 school year.

In other staff news, Carrie Alday has been named WWS director of curriculum, instruction and talent development. She came to Westfield from McKenney-Harrison Elementary School in Auburn, where she served as the principal.