After weighing his options, local businessman Scott Willis announced July 17 he will not run to replace State Sen. Luke Kenley for the District 20 seat when Kenley retires Sept. 30. 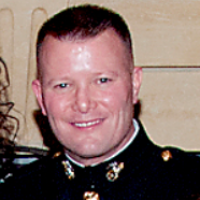 “I want to thank everyone who has encouraged me over the past few weeks to once again seek District 20’s State Senate seat,” Willis stated in a press release. “The widespread outpouring of support throughout the senate district has been humbling. After careful consideration and much conversation with leaders in our community and my wife Stacey, I have decided not to pursue this opportunity in the upcoming caucus.”

Willis previously ran against Kenley in the 2016 primary with his campaign revolving around his belief that the Indiana State Legislature should change the school funding formula, returning Hamilton County to the top of the state list for dollars funded per student. Willis lost after receiving less than 40 percent of the vote.

Willis said he isn’t running because heart remains in Westfield, where he recently joined the advisory plan commission. He also owns two businesses, Arnett Management Solutions and Jarhead Holdings, LLC, and is on the board of the Westfield Washington Public Library and is a colonel in the United States Marine Corps Reserves.

Megan Wiles, president of the Noblesville Common Council and executive director of the Riverview Health Foundation, is running. Sue Finkam, a Carmel City Council member representing the northeast district and director of external engagement at the Indiana Donor Network, also announced she would run for Kenley’s seat.

“Since my campaign in 2016, I have realized my passion lies closer to home in Westfield,” Willis stated. “I will remain engaged in Westfield and look forward to future opportunities to serve my community.”

For more on the other candidates, visit youarecurrent.com.