You are at:Home»Current in Zionsville»Zionsville single dad publishes novel

Zionsville resident Joe Bookwalter explores the themes of falling in love, fate and parenting in his first book, “To Love a Façade,” published July 10. 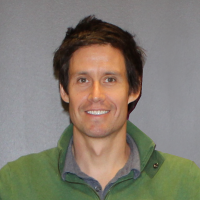 “The main character is a single dad, and while the character isn’t me, I did pull a lot from being a single dad,” Bookwalter said. “I think in writing you have a chance to look at what your priorities are in life, and in the story the son is a key part of his (dad’s) motives, and I could identify with that.”

The decision to write a book was born mainly out of an impulse to write out feelings about an “immense crush” Bookwalter had and as a way to see if there was an opportunity to take on a new career. Currently, he works in operations for Zionsville-based MOBI, which helps companies manage mobility.

“The first version is me really writing out my feelings, but then as I started to work on my second book it made me rethink the first, so now it is no longer a story about me but more diving into this whole question of love,” Bookwalter said. “And in this new age of dating and everything being electronic when you are doing online dating, we create who we think this person is. You have a vision of them, but are they really that person?”

Bookwalter started writing the book in November 2015 and finished the rough draft in March 2016. He revised it after he started his second book.

“I think I found my voice in the story, so I had to really go through and just pop the hood and take the guts out,” he said. “It’s taken almost two years from start to finish, but in that period I wrote the second one as well.”

As a single dad, Bookwalter typically got up at 4:30 a.m. to write to be able to get a few hours of work in before his now 8-year-old son woke up.

“As I talked to people who write, the key to be able to write a novel – day in and day out – is to sit down and put in a couple hours,” he said. “Time and dedication is what really makes your novel flow and characters come off as authentic.”

“To Love a Facade” is available through Amazon and JoeBookwalter.com.

Bookwalter’s second book, a love story focused around death and redemption, is set to be published in the near future.