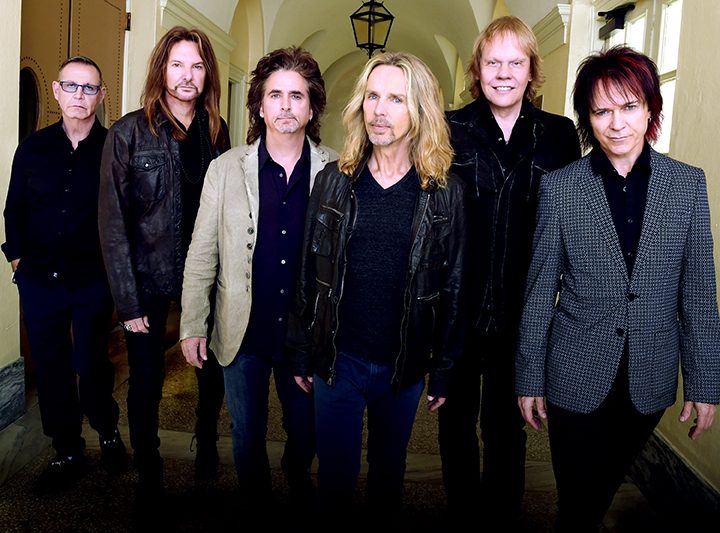 Styx lead singer Lawrence Gowan understands why the United We Rock Tour is so successful.

Styx is joining REO Speedwagon and former Eagles guitarist Don Felder on the tour, which will stop for a concert at Noblesville’s Klipsch Music Center at 7 p.m. July 27.

“People are getting four hours of classic rock where they know every single song,” Gowan said.

Well, almost every song, as Gowan acknowledges some people might not know the songs Styx performs from the “The Mission,” the group’s first new album in 14 years.

However, Gowan said the fans seem to like it because album sales have been strong at the concerts.

“We’re playing two full songs and a couple of little snippets,” Gowan said. “Simultaneously (the album is) a progression and, curiously enough, a regression. We wanted to make a significant record for 2017. But at the same time we made a very concerted effort to make it sound like a classic Styx record as close as possible because that’s the sound that is not only respected but drawing younger people. They seem to love classic rock as much as we did growing up. Half of the audience being under 30 years of age is amazing considering they weren’t even born yet when some of the classic Styx records were made.”

Gowan, who joined Styx in 1999, said the new songs seamlessly fit in with the set.

In addition to 110 Styx concerts this year, Gowan will play nine solo shows.

“It’s quite a touring pace we took when I joined the band, but it’s central to why we’re still together and why we enjoy each other’s company,” Gowan said.

Gowan said his favorite moment on the tour is when the band plays “Renegade” near the end of the concert.

“Whether we were playing in Japan or Sweden or England, it amazing how different the crowds are at the beginning of the night and how similar they are by the time we get to ‘Renegade,’” Gowan said. “I can observe that because Tommy (Shaw) is singing and I can take notice of what the band has accomplished on that night. To see the joy on people’s faces makes the day very worthwhile.”