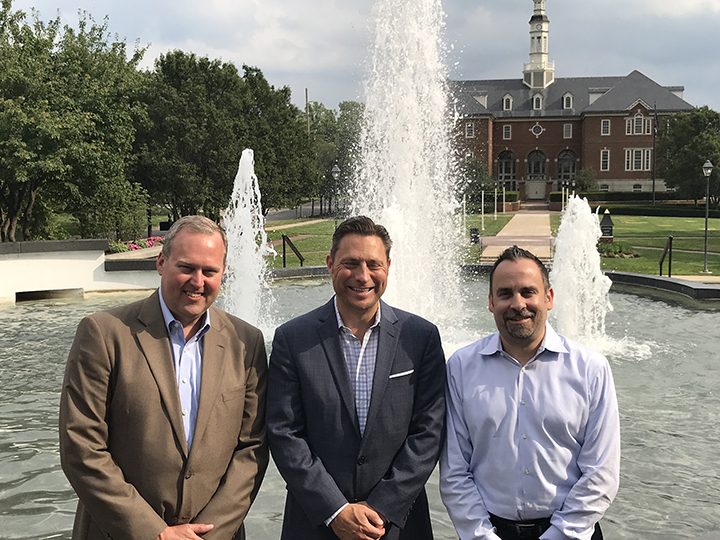 The beneficiary for the fifth annual Earl D. Hoover Memorial Golf Tournament for Charities has a special meaning to board member Roy Allen Lederman, whose wife, Jen, is a breast cancer survivor.

The tournament, which will be held July 22 at River Glen County Club in Fishers, assists a different charity each year.

“My wife was diagnosed when she was 27 years old, and my son was not even a month old,” said Lederman, a Carmel resident. “She is now 15 years cancer-free. The Pink Ribbon Connection benefits people locally. It helps the women going through breast cancer emotionally and psychologically ( and helps provide) the support they need. For those that can’t afford it, this organization provides the wigs free of charge for those in need.”

“We raised $12,000 last year, which was the largest amount we’ve raised,” said tournament founder Michael Hoover, a Carmel resident. “Each year we take our turns, and each board member presents a case list for charity. This year we all voted to go with Roy’s selection. When I called (Pink Ribbon Connection) and told them we’d like to partner with them, they said the timing could not be better for their needs.”

The tournament is named for Hoover’s father, who was a former Muncie police officer who died of cancer in 1997.

“One of the things that impressed me about my dad is how much he cared about other people,” Hoover said. “He would always do a lot of different charities. The 10th anniversary we’ll partner with something to do with lung cancer.”

There are four other board members from Carmel, Ken Schafer, Tom Foster, Rich Burke and Lance Fettig and one from Fishers, Loretta (Hoover) Ramsey.