You are at:Home»Current in Carmel»Column: Towering achievement: Taipei 101 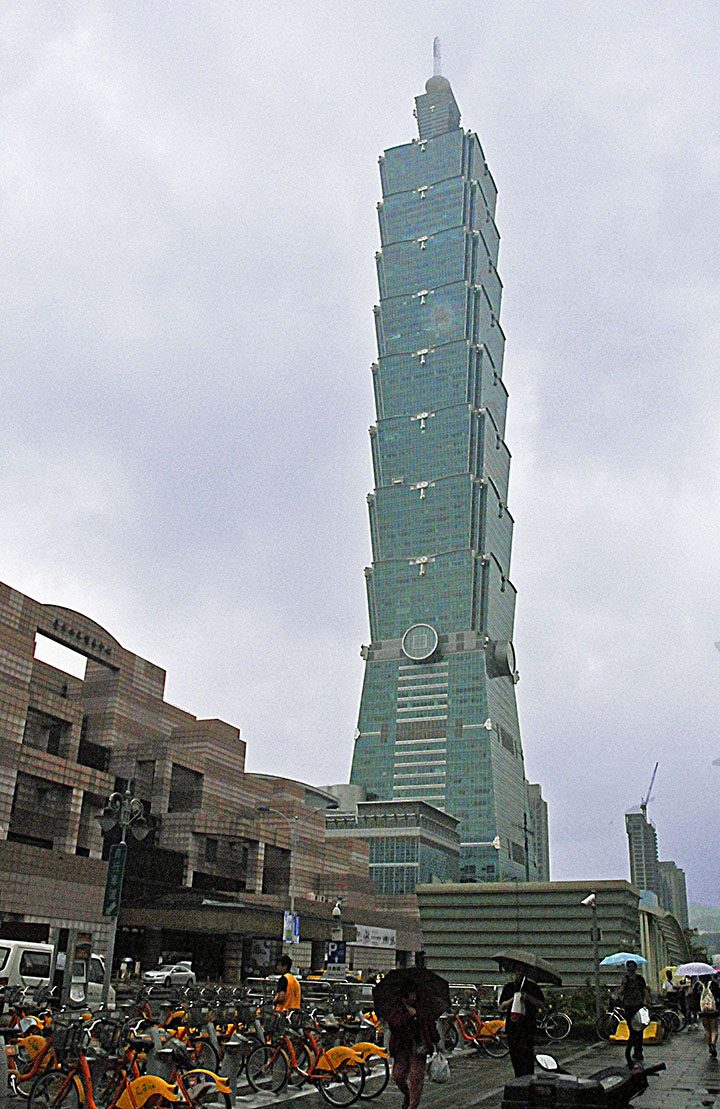 Taipei 101, located in Taipei’s vibrant financial district, was the world’s tallest building for five years. It remains famous for its innovations and extensive symbolism.

Named for its 101 stories, Taipei 101 was completed in 2004 at a cost of almost 2 billion U.S. dollars. At 1,671 feet (509 meters) high, it was the first inhabited building more than half-a-kilometer high and was 188 feet taller than the Petronas Twin Towers in Kuala Lumpur, then the world’s tallest building. Taipei 101 lost its title in 2009 to Dubai’s 2,722-foot Burj Khalif, the first building more than half a mile tall.  It retains its title as the world’s tallest green building, based on a LEED certification in 2011.

Taipei 101 is located about 660 feet from a major fault line. To withstand both a 2,500-year earthquake and the typhoons common to Taiwan, the building includes a novel mechanism allowing the building to flex while resisting excessive swaying. A 728-ton spherical steel pendulum, 18 feet in diameter, is suspended between the 92nd and 87th  floors and acts as a tuned mass damper, making the building stable even in 130 mph winds.

The design of Taipei 101 symbolically celebrates Taiwan’s economic and technological progress. The number of floors – 101 – connotes both the new beginnings of each January 1 and binary code. The exterior of the building, covered in green glass, suggests a giant bamboo stalk, an ancient icon of learning and abundance. Eight sections above the base each include eight floors, reflecting the No. 8 as a symbol of prosperity.  Each section resembles an antique Chinese moneybox, a connection made explicit by circular projections on each side based on Chinese coins having a hole in their centers.  At night, Taipei 101’s pinnacle is lighted yellow as a candle of liberty. When visiting Taipei, Taipei 101 is a must-see.