You are at:Home»Current in Westfield»Westfield City Council approves amendments for 25-plus acres of new real estate, roundabout north of Grand Park

What it means: The six-acre site includes a real estate area on the southeast corner of Wheeler Road and Ind. 32. It would include the Monon Marketplace and Ricker’s signs. 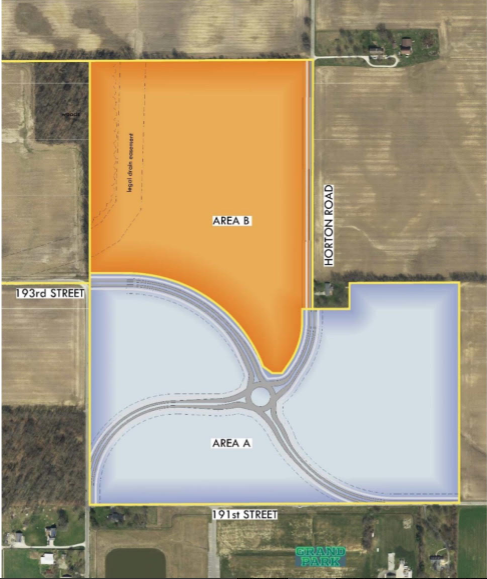 A rendering of where the new roundabout at Horton Road, north of 191st Street, and new real estate will be in Westfield. (Submitted image)

What it means: Osborne Trails will allow for real estate development directly north of Grand Park along 191st Street. A new roundabout also would reconfigure portions of Horton Road. The new traffic pattern would be merged with an entrance and exit at both Springmill Road and 191st Street. Another section would connect 193rd Street to Horton Road. Real estate work for the project would be to the west of Horton Road. The proposal would not be adopted until September, at the earliest. Council member Cindy Spoljaric questioned the zoning area. The amendment was forwarded to the Aug. 8 Advisory Plan Commission meeting for further review.