David Heighway has a full history with Noblesville’s Shakespeare in Park productions. 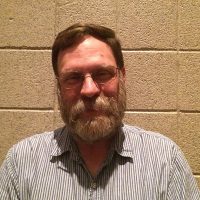 “I remember sitting in the first meeting in March 1993 when the late Jane Campbell (Noblesville cultural leader) said he were going to have Shakespeare in the Park and I was skeptical,” Heighway said. “I was like, ‘C’mon, this is an epic thing. We’re not going to able to do that.’ Twenty-five years later, here you go.”

Like it did in 1993, the Noblesville Cultural Arts Commission will present “A Midsummer’s Night’s Dream” July 27 through 29 and Aug. 3 through 5. Admission is free for the 8:30 p.m. performances at Federal Hill Commons, 175 Logan St., Noblesville.

Heighway, a Noblesville resident and Hamilton County Historian, was on the NCAC board in 1993. He didn’t perform in the Shakespeare production until the next year. This year he will serve as the stage manager.

“Last year I was the director,” said Heighway, who works for Hamilton County East Public Library. “I’ve played leads but that was a decade ago. My memory is not what it used to be. I’ve played some minor characters. I do a lot of prop work.” 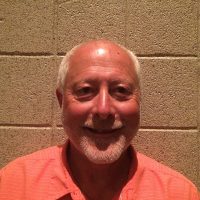 Mark Tumey, a Noblesville resident, is involved with Shakespeare in the Park for the fourth time. This will be his debut as a director.

“I’ve acted in 40-some productions here in Central Indiana and some in Arizona,” Tumey said. “There are 21 people in the cast, including four 9-year-old ballerina fairies. We’re starting off the show with a fight scene. We’re excited to be doing it at the brand new Federal Hills Commons. I’m only using a third of the total stage. It’s a huge stage.”

Tumey was a soccer referee for much of his adult life.

“A friend of mine convinced me to audition at a production at the Belfry Theatre 11 years ago,” Tumey said. “I got the theater bug.’