You are at:Home»Current in Zionsville»Clean for Green: ZUMC partners with Indy church to provide jobs, mentors for youth 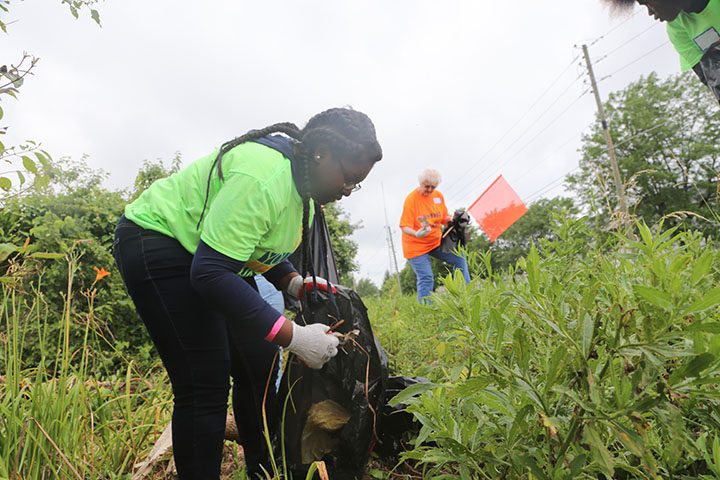 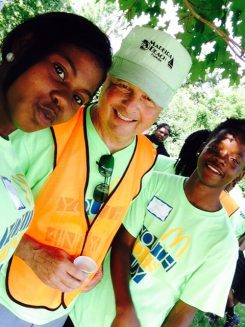 Jim Forry spends several Fridays each summer helping Indianapolis teens pick up trash on the east side of Indianapolis, and it all started with a trip to Israel in 2014.

The Zionsville resident returned from the Middle East a changed man, resolved to using his time on Earth to make a difference. He committed to helping youth in the community.

“If you don’t provide (youth) a way to be productive and successful, positively involved in society, you’re just going to have nothing but trouble,” he said. “They’re the future, so you have to somehow connect with them and give them opportunities to be productively engaged and employed.”

For six weeks each July, Forry and other volunteers from Zionsville United Methodist Church partner with Clean for Green, a youth employment and mentoring program run from Fervent Prayer Church on the east side of Indianapolis. The program pays youth ages 13 to 19 to pick up trash along roads and recruits business, political and community leaders to educate and inspire them.

“I wanted to make sure these young people had jobs, so that’s why we started it,” said James Jackson, Clean for Green founder and lead pastor at Fervent Prayer Church. “Not only that, but also to make sure young people are getting proper mentoring that will help change their lives or improve the quality of their lives as well.”

ZUMC’s involvement with Clean for Green traces its roots to 2015. That’s when Forry’s wife, Sue Forry, led an initiative to make ZUMC an official partner of the Ten Point Coalition, which formed in 1999 when a group of pastors collaborated to reach out, patrol neighborhoods and curb violence on city streets in Indianapolis.

As a member church, ZUMC provides funding and support of the coalition’s mission.

“I really didn’t want another parent to lose a child or a child to lose a parent to violence,” Sue Forry said. “It just breaks my heart every time that happens.”

She organizes events to provide information about Ten Point Coalition, and it was at one of those meetings in 2015 that Jackson spoke about his Clean for Green initiative. In 2016, Jim Forry reached out to become a Clean for Green mentor.

As a mentor, Jim supervises youth as they work and ensures they are attentive during presentations. He said it was a wonderful experience last year, and he is committed to participating as long as he can.

“Anytime you improve anybody’s lot in life, it has a multiplying effect that you probably don’t ever see,” he said. “Anytime you do something that leads to somebody being productive, that’s a big plus for them and society.” 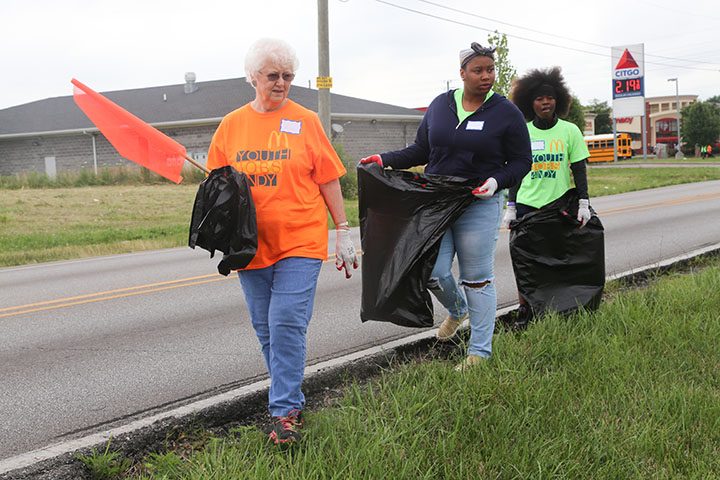 Clean for Green began in 2012 and has grown in size and donations. Funding for stipends for youth and mentors, as well as for the breakfast and lunch, comes from grants, churches or philanthropic support.

After breakfast and a message from a speaker, youth are separated into groups led by an adult supervisor-mentor and travel to a specified site for work. They return to the church for lunch and another presentation before receiving their stipend and going home.

“That whole thing is aimed at showing (youth) how you act in public,” Jim said. “You take instruction. You listen. You’re responsible. That’s the biggest piece.”

Melissa Turentine, 14, an incoming freshman at Warren Central High School, said she’s been inspired through the program to think about launching a similar initiative to benefit youth and the community when she’s older.

To raise funds for Clean for Green and Ten Point Coalition, ZUMC will host the second  Charity Golf Outing at 1 p.m. Sept. 11 at the Zionsville Golf Course. Contact Jim Forry at jforry@indy.rr.com to register beginning Aug. 6.

Goal: “The goal is to reduce youth unemployment in Indianapolis and help to reduce juvenile crime or prevent it through the program.”  -Pastor James Jackson