You are at:Home»Current in Carmel»Column: Yamuna: India’s other sacred river 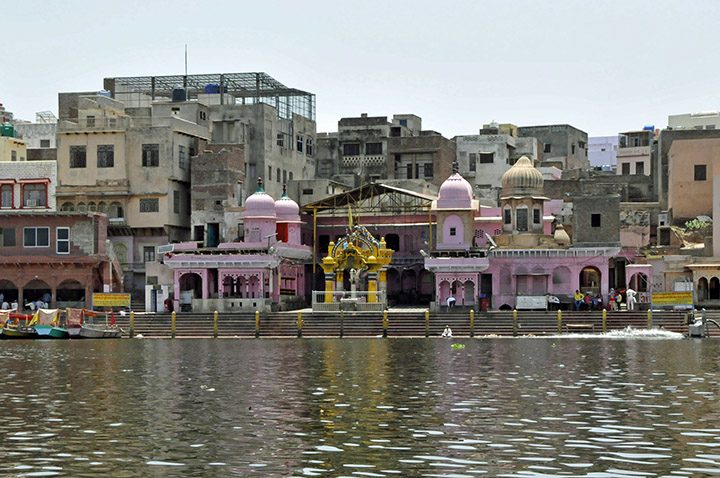 The Yamuna River is second only to the Ganges in spiritual importance to Indians.  Mathura, located on its banks about 90 miles southeast of Delhi, is one of India’s holiest cities.

The Yamuna River has its source in the Lower Himalayas and passes through Delhi and Agra, the home of the Taj Majal, before finally joining the sacred Ganges. For Hindus, the Yamuna River is the goddess Yamuna, the daughter of the sun god and the brother of Yama, the god of death. For thousands of years, Hindus have believed that bathing in the Yamuna River can save them from dying in agony. The Yamuna River has also long been associated with Krishna, the beloved god of love and compassion made popular in the West through the Hare Krishna movement of the late 20th century.

Hindus believe Krishna was the eighth avatar or manifestation of Vishnu, one of Hinduism’s three most important gods. Krishna was born in Mathura, an ancient city along the Yamuna River. Krishna grew up in nearby Vrindavan and is famous for his heroic exploits along the river. In one story, he drove away a multi-hooded snake that had poisoned the river and turned it black. Another time Krishna returned to Mathura, which his uncle Kansa had made the capital of an evil kingdom. After killing Kansa and freeing the people, Krishna rested alongside the Yamuna River before returning to Vrindavan.

Today, Mathura, with a population of about 600,000, is the home of a major temple honoring the birth of Krishna. It also is the home of 25 ghats, temples for worshipping Krishna and stepping down into the Yamuna River. Vishran Ghat, the most important, remembers where Krishna rested after killing Kansa and is the start and finish of a circumambulation of Mathura’s most holy places.