You are at:Home»Current in Westfield»Westfield Middle School hit with ISTEP mishap

State officials are investigating how students in at least 20 schools across Indiana, including Westfield were erroneously allowed to use calculators while taking this year’s ISTEP standardized math exams in April. 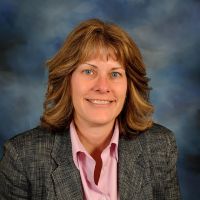 The Indiana Dept. of Education has cancelled scores for approximately 700 students, 34 of those students affected were from Westfield Middle School. Most of the others came from northern Indiana’s Rochester school district. Westfield Middle School has notified parents that April ISTEP results for some students will be marked as Undetermined. State education officials said requirements from the U.S. Dept. of Education mean the test results must be invalidated. There is a possibility that Westfield Middle School will not meet its 95 percent participation rate due to this error, which could contribute to a letter grade lower than an “A” for the school and district. The invalidated test results also could affect the school’s accountability grade, the department said.

“Our A-F school rating very well could be affected,” said Lynn Schemel, WWS’s Director of Organizational Systems, Assessments and Announcements. “This was just one session out of multiple sessions. However, there is no effect on students because they are in seventh grade. They will not have to retake the test.”

During a portion of the math testing, students were provided access to use a calculator. IDOE selected Pearson to administer the test. The education company incorrectly told schools that calculators were allowed to be used during the sections of ISTEP+ that were not allowed.  Schemel said the district noticed conflicting information from a webinar that was provided beforehand with current exam instructions.

“We contacted a (Pearson) representative who told us we were fine,” she said. “But two days into testing we noticed kids at that building were affected by this, so we shut testing down immediately. However, 34 kids had already taken it, that weren’t allowed the accommodations.”

Schemel also noted some 300 other students could have been affected had the district not shut down testing right away.