You are at:Home»Current in Carmel»Obituary: Caroline Spidel Barker 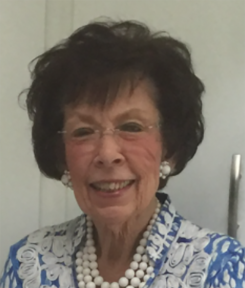 Caroline Spidel Barker, 87, died peacefully July 2 at her home in Carmel, surrounded by her loved ones. She was born April 4, 1930, in Sheridan to Joel C. and Mildred E. Spidel, who preceded her in death.

Caroline graduated from Sheridan High School in 1948. In 1952, she married her high school sweetheart, Donald Keith Barker, who survives her. They would have celebrated their 65th anniversary July 6.

After working at Delco Remy for five years, Caroline left to raise her family and later cared for her mother. She and Don lived most of their lives near Sheridan before moving to Carmel in 1985. Caroline volunteered for the Red Cross at Riverview Hospital for 25 years, where she served as chair of the Heartbeat Ball, the Fall Style Show and Luncheon and served on the auxiliary board.

Caroline’s greatest joy was her family and grandchildren. For many years, her home was a daily gathering place for her loved ones. Every Sunday, Caroline and Don made lunch for their entire family. Eager to spread her love to those around her, she often made pies, yeast rolls, chicken and noodles, wacky cake with caramel icing or banana bread for family gatherings. She also made pies for the Carmel fire station, where her grandson was on duty. Caroline also loved to spend time shopping and completing crossword puzzles. Alongside her parents, Caroline began a lifelong and cherished family tradition of more than 70 years by taking the entire family to Siesta Key, Fla., at Thanksgiving.

Memorial Contributions can be made to Sheridan First Christian Church, 107 W 3rd St Sheridan, IN 46069.