You are at:Home»Current in Carmel»Carmel Community»Carmel High School likely to make lacrosse next varsity sport 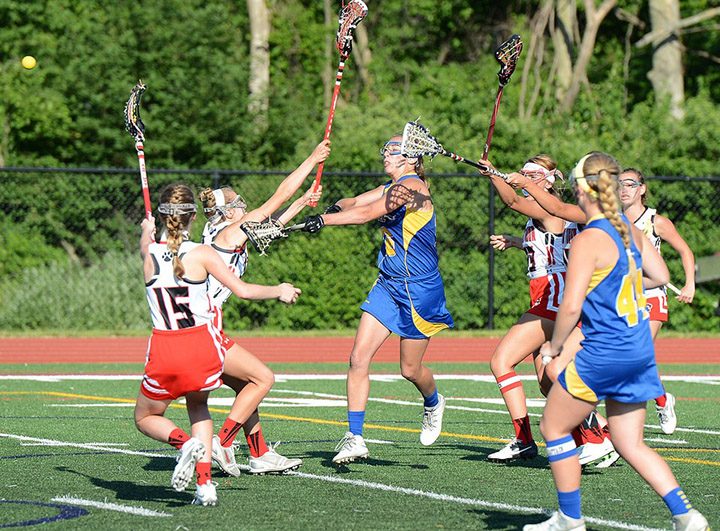 Lacrosse is poised to become the next varsity sport at Carmel High School.

Carmel Clay Schools Supt. Nicholas Wahl announced at the June 26 school board meeting that he is recommending one of the fastest growing sports in the U.S. become a school-sponsored activity for the 2017-2018 school year.

“It kind of harkens back to 1980-81 when we took on boys and girls soccer,” Wahl said. “We need to be aware of those kinds of things as they come forward, and we need to be able to embrace those programs. We don’t do this blindly.”

Wahl said district officials looked at several factors before making the recommendation, such as the sustainability of the program, participation rates and equal opportunities for boys and girls.

CCS officials have been considering the change since Carmel Lacrosse board members submitted an application in the fall of 2016 to make lacrosse a varsity sport.

“It’s been on track to tilt toward being a varsity sport for some time, so we’re very excited,” said Mike Dodd, board president of Carmel Lacrosse, after the school board meeting.

Lacrosse board members said that if lacrosse becomes a varsity sport many aspects of the season will likely stay the same, such as who the teams play and the number of boys and girls teams within the school. But some big changes that will benefit lacrosse players include access to the CHS advanced physical conditioning program that allows them to train as part of the school curriculum and counting team participation toward the distinguished graduate program.

Carmel Lacrosse Board treasurer Jeff Joliet said it would offer other benefits as well.

“It would provide visibility to younger kids that this is an opportunity going forward to play a varsity sport at Carmel,” he said, adding that he thinks it could boost interest and participation in the sport.

As a club sport, the lacrosse teams do not receive financial support from the district. If lacrosse becomes a varsity sport, the district will negotiate coaching stipends as part of collective bargaining with the Carmel Teachers Association, Wahl said, adding that the lacrosse coach may or may not be a CCS teacher.