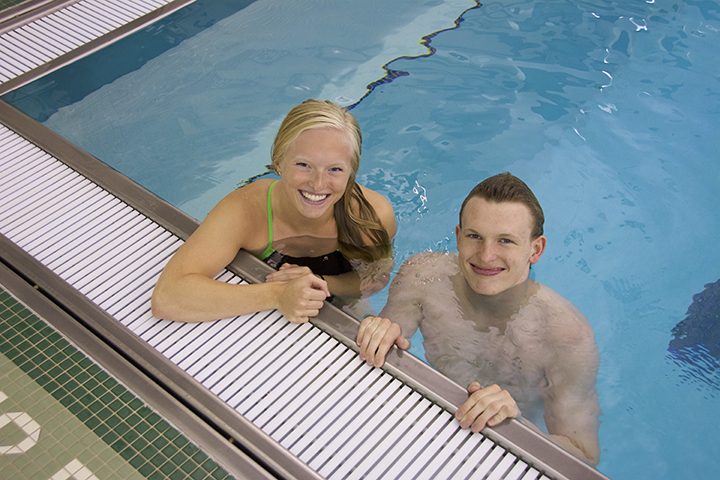 Jack Franzman’s mission for his second national championship meet is to avoid being starstruck.

“Don’t geek out when you see someone you really admire,” Franzman said. “When I went to (the 2016) Olympic Trials, I saw Michael Phelps pass in the halls, and I pretty much lost a heartbeat. I kind of freaked out a little bit.”

Franzman and Tessa Wrightson, who will both be seniors at Zionsville Community High School in August, have qualified to compete in the Phillips 66 National Championships and World Championship Trials at the Indiana University Natatorium on the IUPUI campus June 27 to July 1.

Although Phelps won’t be in Indianapolis, there will be other standout swimmers, including Olympic gold medalists Ryan Murphy, Nathan Adrian, Katie Ladecky, Lilly King and Simone Manuel.

“There are a few people that will be at this meet that I’m trying to not worry about them, but worry about myself,” Franzman said.

Franzman will be racing against Carmel High School rival Drew Kibler, who will be a senior this fall.

In the state high school finals in February, Kibler was first and Franzman second in the 100-meter freestyle in their head-to-head individual meeting. Franzman won the 50 free at  state while Kibler won the 200 free.

“I get a good motivation in the back of my brain whenever I go to practice,” Franzman said.

The Olympics Trials in Omaha, Neb., doubled as the National Championships for 2016.

Franzman said there might be a small advantage to the National Championships being in Indianapolis.

“It’s a swimming pool, so there is not a huge home-field advantage,” Franzman said. “You can’t hear the crowd when you are under water. But there is that point of, ‘I’ve been here before. I know exactly where I am.’ I’ve been here for five years. It’s not that scary.”

Wrightson will compete in the 50 freestyle, 50 backstroke and 100 backstroke.

“I would love to drop some time, but we’ll see how it goes,” said Wrightson, who finished second in the 50 freestyle and third in the 100 backstroke at the high school state meet in February.

Wrightson has been a part of Zionsville Swim Club for approximately 10 years.

“I’m excited to race because I know there is really good competition there,” Wrightson said. “I’m taking the same approach that it’s any other meet and trying to do my best, and we’ll see where it goes.”

Franzman’s older half-brothers, Aric and Ryan, swam at Brownsburg High School. Aric, a 2008 Brownsburg graduate, swam at the University of Kentucky but had to quit after one season because of a shoulder injury.

“I was really hesitant to start swimming. I didn’t want to be in their shadow, because they did really well,” said Franzman, who transferred from Brownsburg to Zionsville after his freshman year. “But then I thought I’d pick it up. They taught me how to swim in a competitive fashion. I did nothing with that for five years. I had a guy I didn’t quite like on the team, so I started racing him and it felt really good when I beat him. It didn’t feel good at all when I lost to him, so I wanted to train real hard to beat him.”

Zionsville Swim Club coach Eric Meyer said it will be special to have three swimmers in the meet. Kyle DeCoursey, a 2015 ZCHS graduate and University of Tennessee swimmer, will compete as well.

“It’s a big honor for the team,” Meyer said. “It shows how we’ve moved up the ladder in terms of competitive swimming. Carmel really sets the bar here in terms of Indiana for swimming in the state of Indiana, and we just kind of strive to stay up there with them.”

ZSC is serving as co-host of the meet with Indiana Swimming and USA Swimming. The organizing committee consists of more than 50 volunteers from ZCS and the Indiana swimming community. To apply as a volunteer, visit zionsvilleswimclub.org or contact Kris Barksdale at kris@zionsvilleswimclub.org.

“We have a lot of parents that have really stepped up to the plate to be leaders in different parts of the meet,” Meyer said. “Our club is supplying the bulk of the volunteers for the event.”

Meyer said the competition will be a great experience for Franzman and Wrightson.

“Jack has a really a good chance at qualifying for the World Junior Championships, which is for 18 and under,” Meyer said. 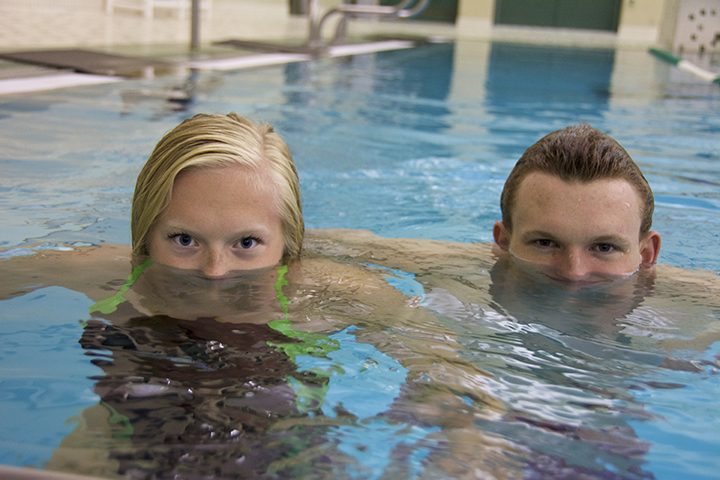 Zionsville teens Tessa Wrightson and Jack Franzman will compete in the Phillips 66 National Championships and World Championship Trials at the Indiana University Natatorium on the IUPUI campus June 27 to July 1. (Photo by Lisa Price)

Personal: Has made a verbal commitment to compete for North Carolina State in the 2018-19 season. Chose N.C. State over Indiana University and Tennessee.

How he relaxes: “I love video games. Right now, my favorite is ‘Overwatch.’”

Personal: National Honor Society with a 4.7 GPA on a 4.0 scale. Has a younger brother, Drew, a golfer who just finished eighth grade.

Future plans: “I want to study pre-med and be a surgeon.”

How she relaxes: “I like hanging out with friends and spending time with the family and at church. I also paint. It’s one of my releases. I like painting portraits.”