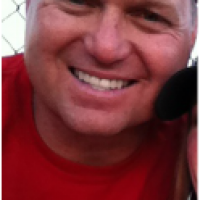 “We started this golf outing in 2013.Trent was a volunteer coach for us for two years when we first started our program,” said Rick Wimmer, head football coach at FHS. “He unexpectedly passed away in 2012. He was very healthy and active. He had two sons on our team when that occurred.”

The golf outing was created to honor Van Hoosen’s memory but also to grant renewable scholarships in his name to FHS football players.

“We give a renewable $1,000 scholarship to a graduating player each year, so this year we’re giving out four $1,000 scholarships to former FHS football players who are going to school and doing well academically, in leadership and community involvement,” Wimmer said. “As long as they continue to stay in school and keep their grades up they will continue to receive $1,000 until they’re done with college. We add a new recipient each year.”

Lunch will be provided by Texas Roadhouse. The cost $400 per foursome.

“The price includes lunch, driving range time, putting and chipping practice time, 18 holes of golf, the cart and some tickets for drinks and the awards dinner following the outing. We’ll be giving out prizes for longest drive, longest putt and other things,” Wimmer said.

The day will conclude with the new recipient receiving their scholarship. This year’s title sponsor is Barnes and Thornburg. To register, visit fhsgridironclub.org/new-page or contact Aaron Uribe at aaron@theuribes.com.