You are at:Home»Current in Fishers»Fishers residents start PAC for Fiscal Conservatives of Hamilton County

A group of politically-minded Fishers residents have joined together to form a new political action committee under the name of Fiscal Conservatives of Hamilton County. The group will help elect candidates in Carmel, Fishers, Westfield, Noblesville and the rest of Hamilton County that they view as fiscally conservative. 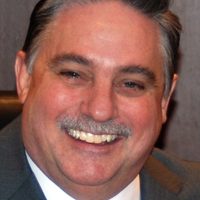 Their initial efforts will focus on the 2019 municipal elections but they plan to offer endorsements in the 2018 election cycle.

David Giffel, a Fishers resident who has expressed concerns over relying on tax increment financing, will serve as CEO of the PAC. Bill Brown, a 2014 candidate for City Council, will be treasurer. Other members include former Town Councilor Mike Colby, Gregg Puls, former President of the Fishers GOP Club and Bill Smythe, a local businessman who ran for County Commissioner in 2016.

Smythe said this group initially began to talk during Fred Glynn’s successful campaign for Hamilton County Council. Smythe said he supported Glynn because he’s a fiscal conservative but some in the county GOP supported Glynn’s opponent, which made Smythe and others think they needed to organize outside of the party establishment. Smythe was inspired to run for office himself but lost to incumbent Mark Heirbrandt.

“What we learned from that experience is that the incumbents are well funded and primary challengers have a difficult time raising money,” Smythe said.

Smythe said this PAC is meant to give donors a vehicle to support fiscally conservative candidates and help them be successful in winning elections.

“The genesis of this group is to publicly announce we are looking for candidates that might be considering running for local offices,” Smythe said. “Frankly we don’t know what to expect. We might get overwhelmed or perhaps no one will seek our counsel but we do know what it takes to run a campaign and wish to help anyone that generally aligns with us.”

Smythe said he knows that Hamilton County is predominately Republican but some that are members of the GOP are not fiscally conservative in his mind.

“Political movements work best when done incrementally,” he said. “Believe it or not some of us still do love our community and wish to contribute to it in a positive way. We only wish to do what we can with what we have to work with.”