You are at:Home»Current in Fishers»Fishers American Legion Post 470 celebrates 70 years 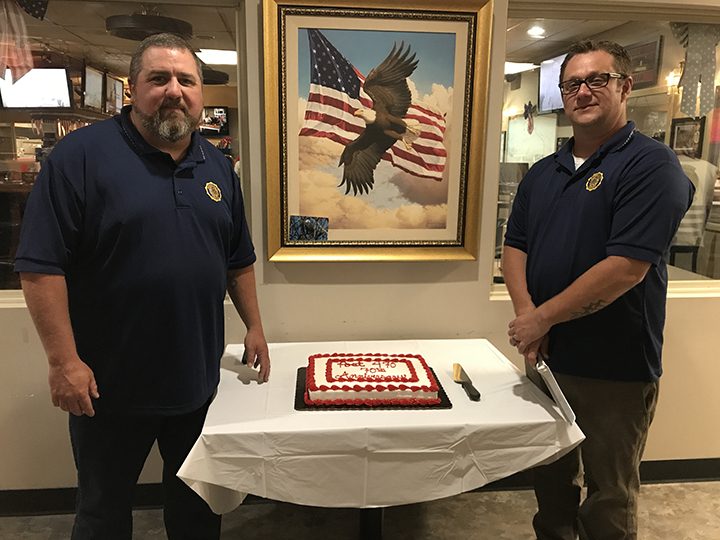 Immediate past Commander Eric Stanley said he got out of the Army in 2006 and moved to Fishers in 2007.

“I was wanting to join an organization. I drove past this place for three years with the mindset,  ‘I’ll stop by there one of those days,” said Stanley, who served as commander for nearly three years. “What my wife and I found was a post full of people we would soon call family. I realize the importance of continuing to grow this place.”

Kyle Fisher, who was recently appointed as the post’s new commander, also spoke at the event. He gave an overview of the history of the post, named after Lowell Beaver, a Fishers resident who enlisted in the Army Air Corps in 1941. Beaver was lost in action in 1945.

The post was founded in 1947 with 57 charter members. It met in the basement of a bank for a few years before purchasing an abandoned building on 116th Street. Later, an investor offered to purchase the building and swap it for the current location on 126th Street. The post opened its current location in 1991.

“We are very fortunate our post has survived and is as successful as it is today,” Fisher said. “The most significant reasons are the officers and volunteers who work many hours to make it happen.”