You are at:Home»Night & Day»Zionsville Community High School students to star in ‘Aladdin Jr.’ 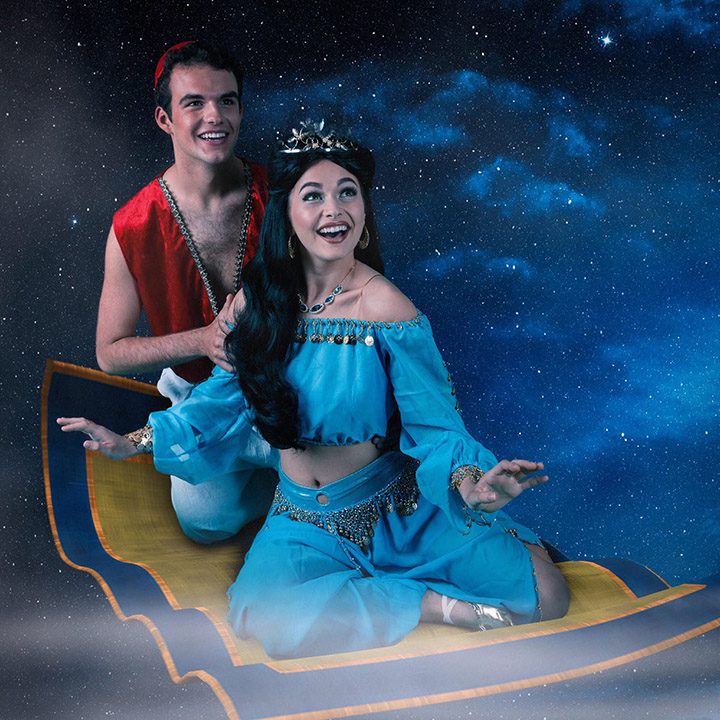 By Mark Ambrogi
Playing a couple in “Aladdin Jr.” won’t be strange to Cynthia Kauffman and Weston LeCrone.
The friends played Ado Annie and Will Parker in the Zionsville Community High School production of “Oklahoma” in 2016.
LeCrone will play the title role and Kauffman is cast as Princess Jasmine in Summer Stock Stage’s production, set for June 21-25 at Park Tudor School’s Ayres Auditorium in Indianapolis.
“It helps that we know each other instead of playing to a stranger, which is really nice,” LeCrone said.
Kauffman said they get along well together.
“We both take it seriously at the same level,” Kauffman said. “Our chemistry on stage together works really nicely. It makes it easier when you’ve worked with someone before.”
LeCrone, who will be a senior at ZCHS, and Kauffman, who will be a junior, are both in Royalaires, the school’s men and women show choir.
“I’ve always liked Disney movies since I was a little tot,” LeCrone said. “I grew up watching ‘Little Mermaid’ and ‘Aladdin,’ so I can portray a Disney prince that I’ve always looked up to.”
LeCrone also played the title role of “Aladdin” in the Christian Youth Theater production when he was a sixth grader.
“I haven’t played a princess in the last five or six years,” Kauffman said. “She’s not ‘Oh, I need a man (type of) princess.’ She’s independent and kind of sassy. I’m really excited to take her to the stage.’”
LeCrone has been with Summer Stock Stage, for ages 13-18, for five seasons, Kauffman has been performing for three seasons with the group.
“It’s the shortest amount of time we’ve had to put on a production and largest cast we’ve had,” LeCrone said.
There is a preview performance at 7 p.m. June 21. Evening performances are at 7 p.m. June 22, 23 and 24 and matinees at 2 p.m. June 24 and 25.
For more, visit summerstockstage.com.