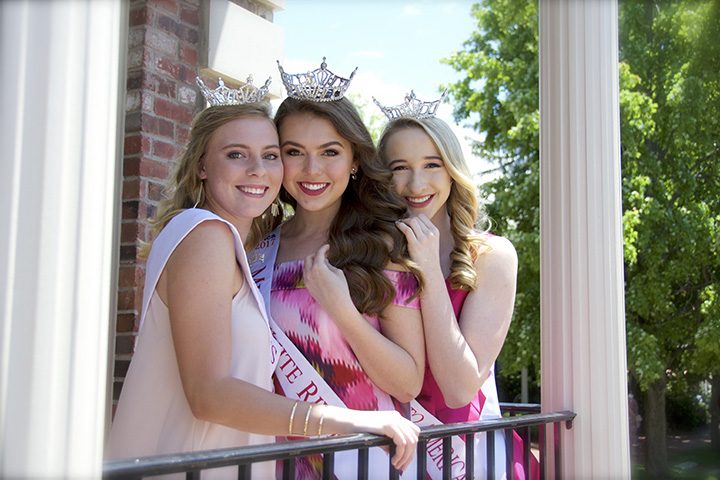 After three years competing in Indiana’s Miss Outstanding Teen competition, Robbins, 19, is ready for her second shot at Miss Indiana.

The 2016 Zionsville Community High School graduate said the completion of her first year at Ball State University should give her a boost.

“I just want to bring in the new life experiences that I have as a college student,” Robbins said. “Every year I feel like I’m getting wiser and have more experiences out in the world that I can apply to help me in the Miss Indiana pageant.”

Robbins is one of 62 young women from across Indiana who will be in Zionsville to compete for more than $40,000 in scholarships and the titles of Miss Indiana and Miss Indiana Outstanding Teen. Three nights of preliminary competitions will be held June 14, 15 and 16 with the finals set for 6 p.m. June 17 at Zionsville Community High School’s Performing Arts Center.

Robbins has been with the Miss America pageant organization for five years as titleholder. She had three years in the Miss Outstanding Teen (ages 13-17) competition and is in her second year in the Miss Indiana competition.

“My absolute favorite thing about the organization is the sisterhood, the endless web of connections that we make with the people we compete with. The judges and directors, they’re all really valuable people to have around,” Robbins said. “I have some great friends now that I’m able to hang out with at Ball State because they go to the same college as me, whereas before they were all over Indiana. So it brought those connections into my collegiate life as well.”

“This year my goal is to make it into the top 10,” Robbins said.

“I can incorporate that same idea of not using drugs, alcohol even, at the collegial level, trying to be a role model for my peers,” Robbins said. “I’ve had several family members struggle with substance abuse.”

“I was able to be part of a tap performance that was fully choreographed by students,” Robbins said. “That was a fun experience as a freshman to be auditioning and accepted into that performance. So I’ve been able to keep up with my tap skills, and my music choice keeps progressing, too. I like choosing something that is catchy and everyone knows. This year I chose ‘Should I Stay or Should I Go.’” 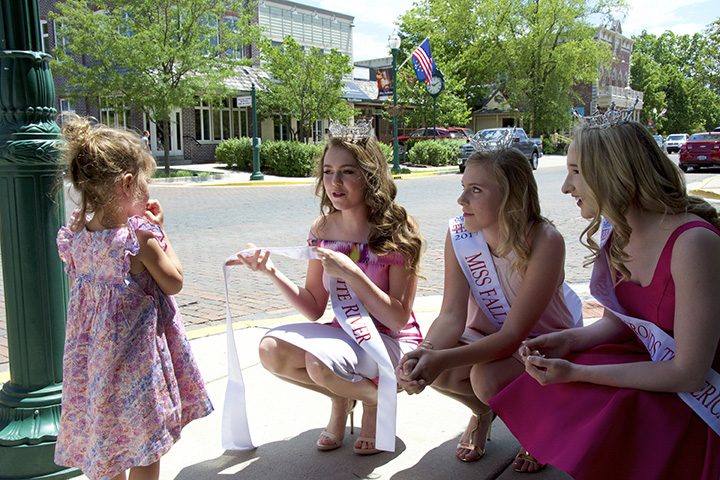 While Kayla Wilhoite is a veteran on the pageant scene at 15, Andi Hagen, 17, won Miss Fall Festival in her pageant debut in September 2016.

“I’m not going to lie, ever since I learned to work the TV, (I watched) ‘Toddlers and Tiaras,’” Hagen said. “I decided I’m going to be in a pageant, and the rest is history.”

The talent portion is her favorite part of the pageant. She also enjoys the community service aspects. Hagen, who will be a senior at ZCHS, plays the cello at school and in the Butler Youth Orchestra.

“I knew Kayla and Sam (Robbins) from Village Dance Studios, but I didn’t know they were in pageants,” Hagen said.

Hagen said she has no idea whether she will continue with pageants.

“I’m just going to see where it takes me,” said Hagen, who moved to Zionsville three years ago from Medina, Ohio.

Wilhoite, who will be a ZCHS sophomore in August, won the Miss Crossroads to America’s Outstanding Teen to qualify for the state competition.

“I started pageants about a year and a half ago, and I competed in eight pageants (in the Miss America organization),” Wilhoite said. “I kept getting first runner-up until I finally won this one. I like the friendships that you make from them. I enjoy the talent (tap dance) and fitness because that’s my strong point. The competition is an adrenaline rush.” 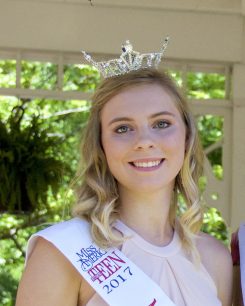 Personal: Her pageant platform is Stand for the Silent, which is designed to stop bullying. Will be a senior at ZCHS in August. National Honor Society member and ZCHS lacrosse player.

Favorite way to relax: “I really like movies, any horror (film).”

Future plans: Would like to attend Miami University in Ohio. “I would like to go the pre-med route to be a forensic pathologist.” 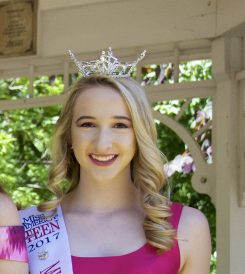 Favorite way to relax: “I enjoy going to the pool. If it’s rainy outside, I enjoy watching TV.”

Favorite class: “I love biology and anatomy and all that stuff.”

Future plans: “I want to do something in the pediatric medicine field, whether it be a pediatric nurse or pediatrician.” 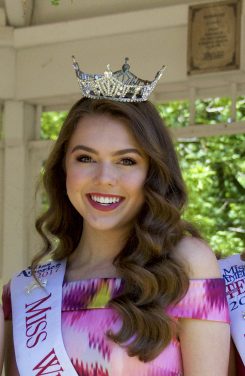 Personal: Majoring in visual communications and minoring in dance. Member of National Society of Leadership and Success and Rhythm Dance Troupe. Will perform as Dr. Frank-N-Furter in Ball State University’s Rocky Horror Shadow Cast’s production of “The Rocky Horror Picture Show” in October.