You are at:Home»Current in Carmel»Carmel Business Local»Snapped 3D allows customers to create action figures of themselves 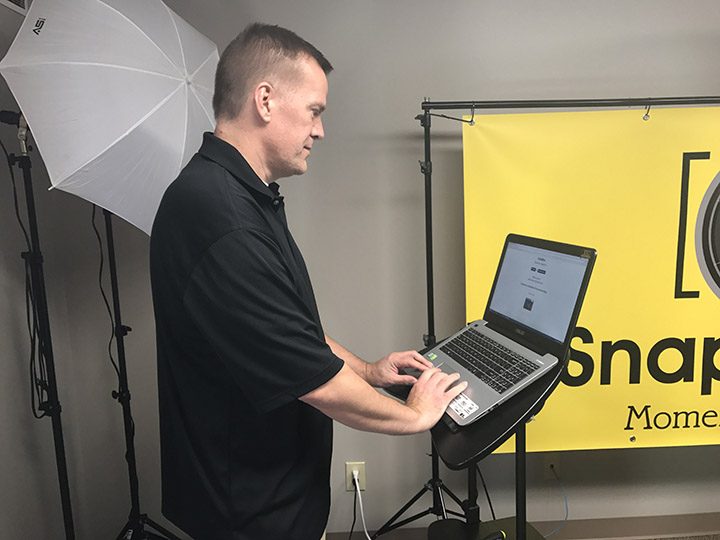 A new 3-D printing business in Carmel allows customers to make an action figure of themselves.

The company, Snapped 3D, takes multiple simultaneous photos from every angle and turns them into a three-dimensional GIF file. A miniature figurine made of sandstone is mailed in seven to 10 business days using the scan. 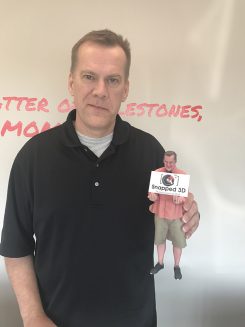 “Basically, like our grandmas had the little figurines when we were little, these are exactly the same,” owner Rod Wiesenauer said.

Wiesenauer, a 49-year-old Carmel resident, started Snapped 3D at 126 W. Carmel Dr. after his wife saw a similar business during a trip to Philadelphia. He said there are only a handful of 3-D printing places like this in the nation, and after 20 years in the insurance industry he wanted to give it a try.

To start the process, customers stand in a room surrounded by cameras. The customer  stands still for two seconds,  then a variety of photos appear on Wiesenauer’s computer screen. People can take as many photos as they like until they get it right. When ready, the computer turns the photos into an animated 3-D file that spins to show all angles of the image. The process takes about 10 minutes to render and be sent in an  email.

Wiesenauer charges a $20 sitting fee, but that is waived if the customer orders a print during the visit.

He said certain things don’t print well, such as very fine or long thin objects, such as headphone cords, glasses or mesh objects. He said pets will work only if they can stand perfectly still for two seconds.

Snapped 3D opened in early June, and Wiesenauer has already seen people come in racing gear, soccer uniforms and more. He did a Facebook live event with a female body builder to show how it can be a fun way to commemorate an athletic achievement. He said it’s a popular family keepsake to remember kids when they were young. He said it’s also a unique way to create lifelike wedding toppers with a bride and groom. He said customers can create an “action figure,” but the finished product is fragile and meant more for display than as a toy.

“There aren’t a lot of them right now, but I’m sure we will see more in the coming years,” he said. “I think it makes a nice holiday gift for grandma and grandpa.”