You are at:Home»Current in Geist»Family Farming: The Cook family opens Daniel’s Vineyard in McCordsville 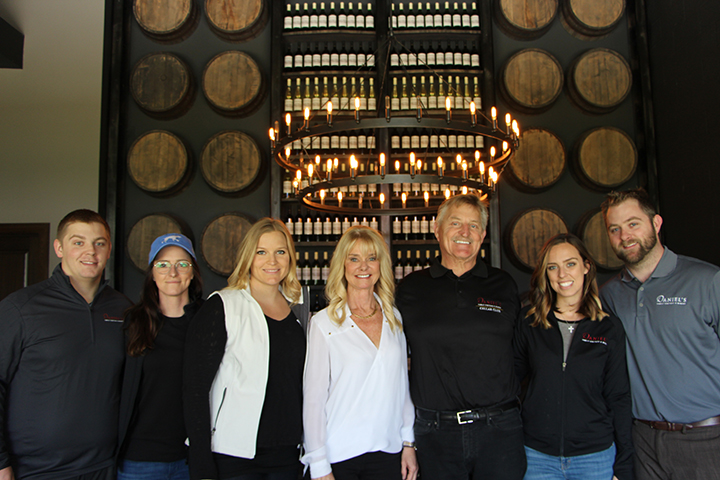 Daniel’s Vineyard has brought a new type of development to the Geist area.

Owners Dan and Kim Cook officially opened the vineyard and winery April 30 after two decades of owning the 80-acre property and after more than seven years after their initial planting of 24 acres of grape vines.

“We bought the property back in 1997 or 1998 at auction,” Dan said. “It had always been farmed with corn and soybeans. At the time, we bought the land just for an investment. In 2010, we decided to plant the vineyard. With the family, we’ve played paintball here, camped here, we’ve used it a lot.”

Together the couple has three daughters, Jenna, 30, Stephanie, 28, and Carlee, 26, and two sons, Kalvin, 31, and Christian, 24. All three daughters and daughter-in-law Jen Cook work at the winery. Eldest daughter Jenna created the Daniel’s Vineyard logo and is the artist behind all the paintings that decorate the facility’s tasting room and event spaces. 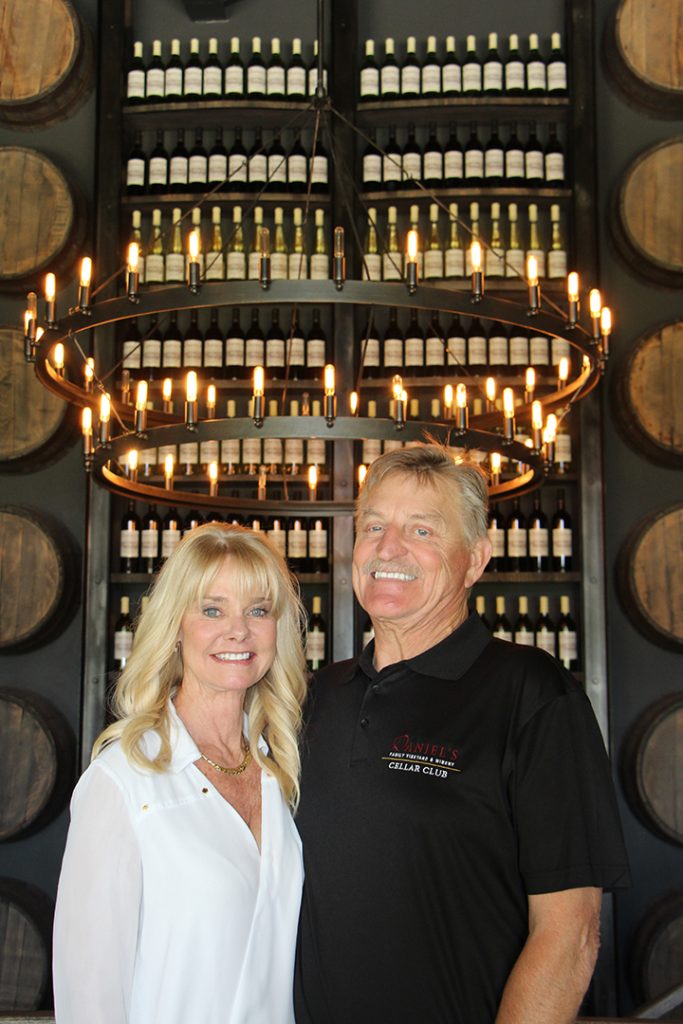 Kim and Dan Cook open Daniel’s Vineyard with family at the center. (Photo by Amy Pauszek)

Kim said she and Dan had always enjoyed wine, but after traveling to Napa Valley and some smaller vineyards and wineries in different parts of the country, and even New Zealand, the lifestyle is what inspired them to start Daniel’s Vineyard.

“We have lived in this neighborhood for over 30 years,” Kim said. “We had this property, and we knew nobody wanted houses here.”

“We planted in 2010, then decided at a later date we were going to build a winery,” Dan said. “When we first planted, we had to tile the entire field so it would drain. When we were doing that, I think a lot of people thought houses were going to be built. A lot of people had a lot of different guesses.”

The winery offers nine varieties of both reds and whites, and its specialty is a winery favorite, cabernet franc.

“It’s the hardest one to grow and is probably the one people are most familiar with,” Kim said. “It requires the most attention.”

“We do a lot of dry reds because that’s what we like,” Dan said.

“So we probably tend to be a little drier than most other wineries,” Kim added. “We have sweet wines, too, though, because that’s how most people enter drinking wine.”

The winery and vineyard occupy half of the property. Dan said expanding is a given.

“Once you plant, it’s a commitment,” Dan said. “Vines last 35 years if they don’t die, so probably our next step would be moving to the other 40 acres and planting over there at some point. Probably not next year, but maybe the year after.”

The business also isn’t solely focused on expanding its product operations, but also on its offerings of classes and events.

“Because we are a working, family farm, we will be very community driven,” Kim said.

Aside from its everyday amenities as a winery and event space, Kim said the business is looking to add a farmers market and will host outdoor live music events with a stage, outdoor movie nights, and more cooking and art classes.

But perhaps the largest effort on the horizon will be the addition of a brewery, to be launched within the next two years. 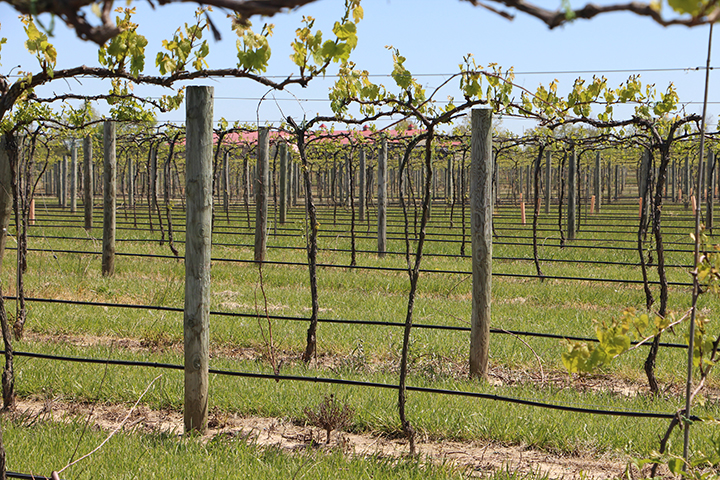 What: Thursdays at the vineyard will feature special events like art and wine classes, pairing dinners or wine and yoga. Fridays are trivia nights. On Saturdays and Sundays, the vineyard will host live music. Sundays will feature exercise classes and also will serve as family fun days with activities for the entire family. The entire venue is kid-friendly, but some events and classes are reserved for those age 21 and older.

Wine & Yoga – 6 to 7 p.m. June 15 and 29. This class is for all levels and will be followed by a glass of wine on the balcony overlooking the vineyard.

Wine & Pilates – 6 to 7 p.m. June 22. This class is for all levels and will be followed by a glass of wine on the balcony overlooking the vineyard.