You are at:Home»Current in Carmel»Carmel Community»Construction to begin soon on Monon expansion in Carmel 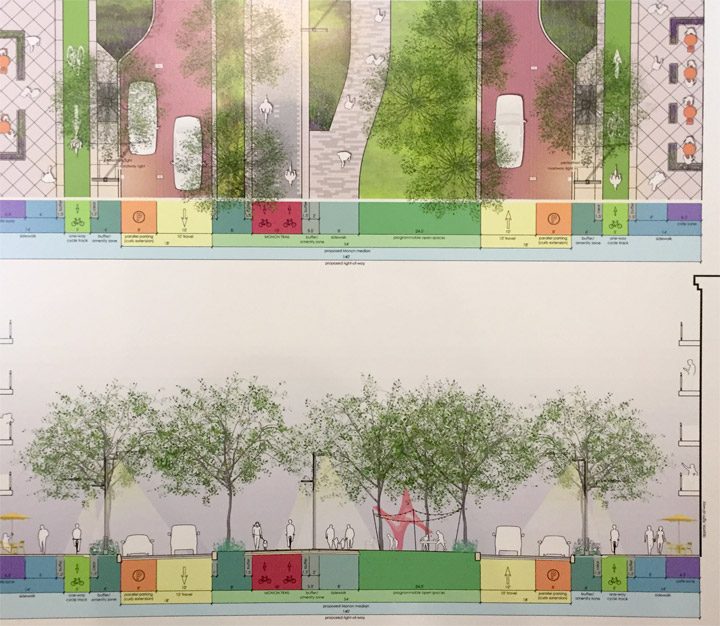 The upgraded Monon Trail will include separate areas for pedestrians, cyclists and vehicle traffic. (file photo)

Construction should begin in in the next few months on the expansion of the Monon Trail in Carmel’s Midtown area, which includes a wider trail, sidewalks, a public plaza and two one-way roads.

Although some trail construction will lead to detours, Carmel Mayor Jim Brainard said the Monon will not close. A plan has been devised to work on the project in sections and keep cyclists and pedestrians moving.

Corrie Meyer, director of the Carmel Redevelopment Commission, said the first phase of the project will include building the one-way streets on both sides of the trail north of 4th Street. She said it will go out to bid soon.

When complete, pedestrians and cyclists will be able to use the southbound road as a detour when the existing Monon Greenway is demolished and rebuilt in the next phase of the project. No cars will use the southbound one-way street during the detour, but vehicles can use the northbound one-way street, which Meyer said should alleviate congestion with cars leaving the soon-to-be finished headquarters for Allied Solutions. The second phase should go out to bid by the end of 2017.

The third phase of the project will involve building one way streets and widening the trail for the area south of 4th Street. Meyer said the detour process will likely be handled the same way with detours along the southbound roads. She said that construction should be complete in 2018.

This summer, the CRC will  bid out construction on the Monon Plaza, a public space that will be outside of the Allied Solutons building and the new Sun King distillery and tap room. Brainard said possible ideas for the public space are an oversized courtyard chess board, bocce ball courts and tables for sitting and eating. Outdoor movies could be shown in the plaza, which could be a hard surface or grass surface, Brainard said.