You are at:Home»Current in Westfield»Levine bases self-published fiction book on Westfield neighborhood experiences

Myra Levine had her fair share of drama while living in Setter’s Run in Westfield  and eventually  figured she could write a fiction version on it. 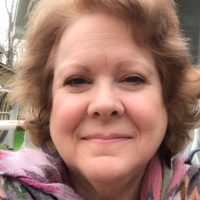 Her idea originally formed after learning one of her neighbors was having an affair.

“The book is a dark comedy about a group of playgroup moms who get annoyed by things happening in their neighborhood and turn into vigilantes, basically, and lose their moral compass,” Levine said. “When I was living in Setter’s Run, I was in a playgroup and also on the Homeowners Association board and lived near the playground and pool, so anything going wrong I tended to know about.

“There was a particular day where a bunch of my mom friends and I were standing outside yakking and somebody pointed to a nearby house and said they were getting divorced.”

Levine learned that the husband had found someone else and jokingly suggested her playgroup teach him a lesson.

“Then somebody else spoke up and said, ‘You guys have it wrong, she’s been cheating on him for years and he’s finally found someone nice.’ And I thought to myself, ‘Wow, what would have happened if I had done what I said?’ Which we would never do, but what if we were the kind of people who get ridiculous half-baked ideas and go and do it and find out later we were wrong? That’s kind of where it all started.”

Levine said some of the events in her book, “Revenge of the Soccer Moms,” are based on true event,  but most are fiction. She said she will never reveal names of who characters are based on.

“Everybody that’s bought (the book) has told me they liked it, so that feels very good,” she said. “Especially being on the HOA board, people would call me and tell what their neighbors were doing that was driving them nuts, and they wanted me to go stop it. I got the most interesting phone calls about some of the weirdest stuff.”

Levine’s book is available on amazon.com.