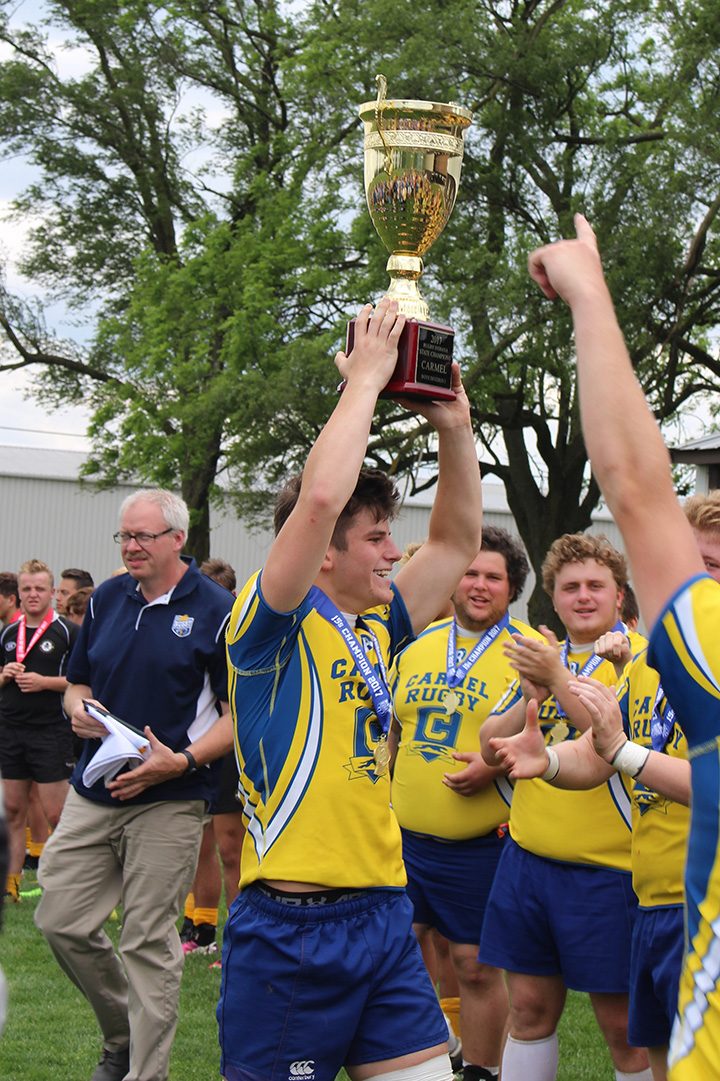 It had been 20 years since the Carmel High School boys rugby team won a state title. The drought ended May 29 when Carmel won the Division I state championship in Elkhart at the Moose Rugby Grounds with a 21-10 win against to wrap up an undefeated season.

“There are no heroes or stars on the Carmel rugby team, but only teamwork,” Romero said. “This is a family where players are brothers.”

The season was facilitated by Rugby Indiana, an association to promote the sport in the Hoosier state.

“Rugby is the fastest growing team sport in the country and has grown immensely in Indiana in recent years,” said Joani Phoebus, treasurer of the CHS rugby board.

The first Carmel rugby team was formed in the spring of 1993. Rugby is a club sport not sanctioned by the IHSAA. Carmel has girls and boys teams open to students in grades 9-12. Romero played rugby on the Venezuelan national team. Assistant coaches Dom Sauceda and Joey Betzler played rugby in high school. Betzler at CHS.

This year’s CHS team had 38 members between the varisty and junior varsity teams.

“The current team had 19 seniors playing, and many of those seniors had seasons as freshmen and sophomores where they only won one game each season,” Phoebus said. “They worked hard to recruit new players and were committed under the coaching of Leo to increase their rugby IQ and their level of play to be able to win a state championship this year after an undefeated regular season.”

Recruiting new players is a priority for next year.

“With a state championship and more recognition of rugby in Carmel, hopefully we’ll see a lot of new interest in the coming years,” Phoebus said.

To learn more about CHS rugby events or to contact the organization, visit carmelrugby.net.