You are at:Home»Current in Zionsville»Zionsville man named director of sales at Ironworks Hotel Indy

Zionsville resident Greg Tucker was recently appointed director of sales for the new Ironworks Hotel Indy. He will oversee all sales-related activities and is already working to book rooms in advance of its Sept. 14 opening. 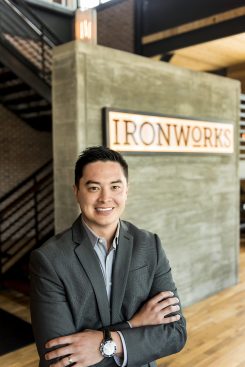 Greg Tucker of Zionsville has been appointed director of sales at Ironworks Hotel Indy. (Submitted photo)

“(My position oversees) everything from marketing to getting the hotel’s name out in the public,” Tucker said. “A lot of it is relationship-based and having good collaborative negotiations with large local companies that do a lot of travel.

“I will oversee a staff of salespeople that will execute that overall vision of trying to bring in the highest amount of revenue to the hotel.”

Tucker brings 13 years of sales experience in the hospitality industry to his new role. He previously worked 10 years at the Sheraton Indianapolis at Keystone at the Crossing. He started in catering sales and ended as corporate sales manager. He also spent six years in the U.S. Army National Guard.

“I’ve worked in some pretty big hotels, and I’ve never seen a hotel like this,” he said. “I’m really fortunate, excited and lucky to be part of it. It’s one of the most aesthetically unique hotels I’ve seen. It’s kind of a 19th century, old iron construction-type of atmosphere mixed in with modern amenities. It’s really quite fascinating.”

Tucker has lived in Zionsville for three years.

“We came to the area for the excellent schools that Zionsville has,” he said. “We felt like it would be a great place for our son to grow up. We’re very lucky and fortunate to live there. It’s a great community.”