You are at:Home»Current in Zionsville»Montgomery Aviation instructor achieves top designation 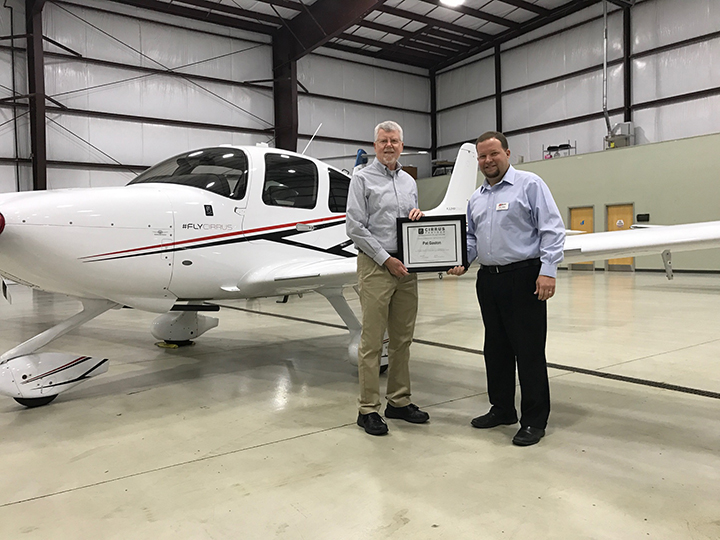 With more than 40 years of aviation experience, Pat Gaston has been named the state’s only Platinum Cirrus Standardized Instructor Pilot, which is the highest-level designation available from Cirrus. To be recognized by the aircraft manufacturing company, a pilot must go to the factory to be trained by Cirrus, have flown 1,800 hours and complete online classes each year to renew the license.

“It’s another level of proficiency,” Gaston said. “You just keep getting better and better.”

The Westfield resident got his private pilot license in 1970 during college, but he got the itch to get involved with flying at a younger age from his father, who was involved with aviation mechanics.

Gaston graduated from Trine University with a degree in business administration and continued flying in his free time.

“It’s just going places and the different machines, and it’s kind of a control thing,” he said. “It’s almost psychological. When you leave the ground, it’s almost like all the problems you were having are going to fall away. Nothing else is important. You have to concentrate on flying the airplane.”

Gaston said he has flown 50 types of aircraft. There are still more he wants to try.

“That’s always another thing that (pilots) enjoy, learning new systems and learning new aircrafts,” Gaston said. “There’s still a bunch of aircrafts out there that I haven’t gotten checked out in, so I’d love to.”