You are at:Home»Current in Carmel»Carmel Community»Sycamore School’s Ivan places 18th in spelling bee

Being on stage for the Scripps National Spelling Bee was a little daunting at first for Nicholas Ivan.

“In the first two on-stage rounds before the finals, I was really nervous and jittery while I was waiting for everyone else,” said Ivan, a Carmel resident who recently finished eighth grade at the Sycamore School. “I was worried about getting that one word I didn’t know. After I made the finals, I wasn’t as jittery. I knew I already made it this far.” 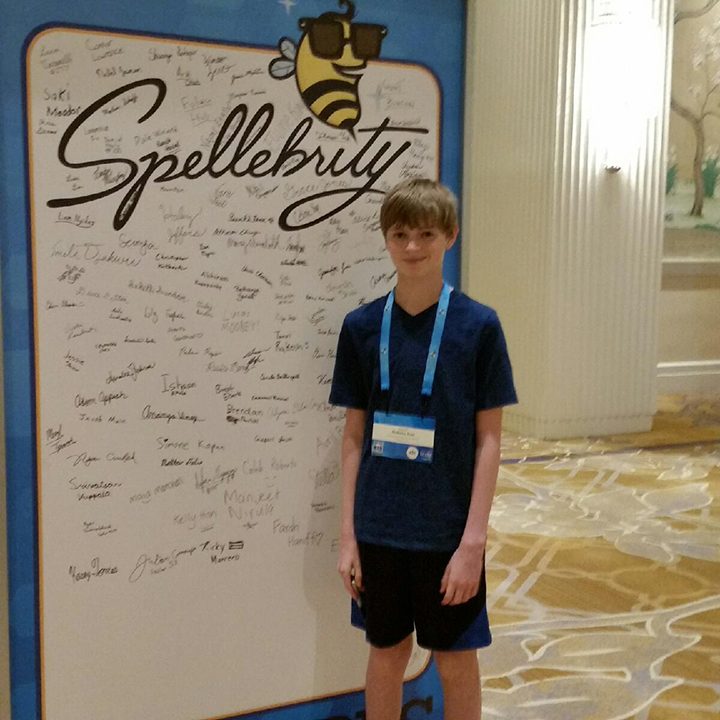 There were a record 291 participants in the bee. Ivan was named one of 40 finalists after the two preliminary rounds May 31. He finished in a tie for 18th place June 1.

His mother, Simona, said her son spelled lamellibranch and solfeggio in rounds four and five and misspelled noyade (mass execution by drowning) in round six to be eliminated.

“We have been very proud of Nicky, of his efforts over the years to study word roots and etymologies and diligence to practice hours at a time,” Simona said. “This is more than anything a gift to himself for life. The competition was a great experience, overall. His classmates and Sycamore teachers have been very supportive, and all cheered for him.”

Coincidentally, Ashwin Prasad, who went to his third consecutive National Spelling Bee after winning the Hamilton County competition, lives two houses down from Ivan. The two prepared together some before the national competition. Both will attend Carmel High School in the fall. Prasad, who didn’t qualify for the top 40, previously attended Creekside Middle School.

Ivan said his favorite subjects are math and science. He has twice been on the Sycamore School team that qualified for the middle school division of the National Science Bowl.

Although he has plenty of time to change his mind, Ivan said studying infectious diseases and working in that field would be interesting.