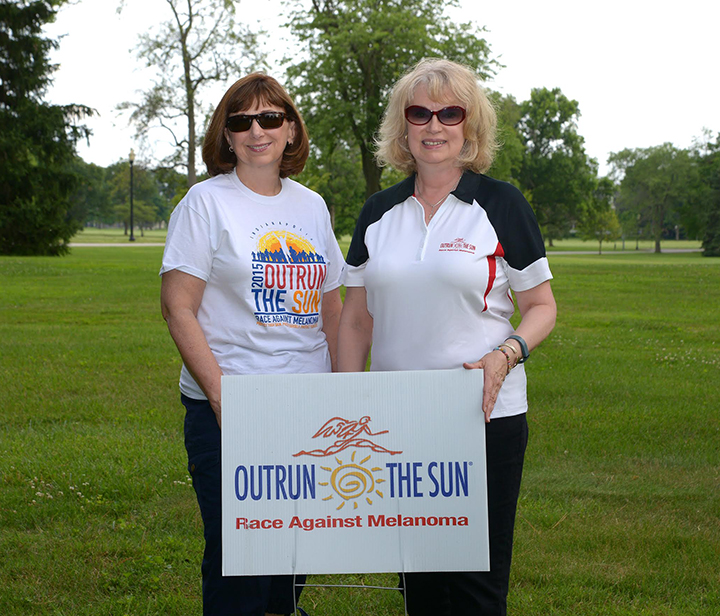 Sisters Jonna MacDougall and Anita Day got hit by a one-two punch they didn’t see coming.

“In 2001, our father (John Busse) was diagnosed with melanoma in August,” said MacDougall, a Geist resident. “That same month, a family friend (Gary Patton), who was considerably younger, was diagnosed. They were diagnosed within a month of each other and they both passed away within a year.”

“When you lose two people to a disease in such a rapid succession after realizing there aren’t any consistently effective treatments, you want to do something about it,” MacDougall said.

“We had to wait a certain amount of time until the grieving passed,” said MacDougall, an assistant dean with IU Robert H. McKinney School of Law.

The 13th Outrun the Sun Race Against Melanoma will be held at 6 p.m. June 17 at the Lawton Loop Parade Grounds, with courses through Fort Harrison State Park. Run participants raise funds for Outrun the Sun, Inc.’s educational and research programs.

The races, a competitive 5-mile race, and non-competitive 5K and 1-mile runs, start in the evening to avoid the sun.

“We started this because there was a lot of education that needed to occur,” said Day, a Broad Ripple resident. “People didn’t understand how preventable skin cancer could be. People didn’t understand the steps you could take to protect your skin. We thought it was important to create educational programs. We’re very interested in funding melanoma research so we can find a cure for this.”

Reddick and MacDougall had been friends since 1981 and roommates during law school. Day’s husband, Rob Day, and Gary Patton were longtime friends.

Reddick and MacDougall had lunch in 2003 to discuss creating a nonprofit to promote sun safety and raise funds for a melanoma cure.

“I’m a real estate and business transaction attorney, so I explained how you can create a nonprofit organization in Indiana and some things to think about when structuring the board,” said Reddick, a Geist resident and partner with Taft Stettinius & Hollister LLP, a charter supporter of the race.

Reddick readily accepted their invitation to be on the board and said they worked for two years to create the nonprofit.

“We’ve all been involved in nonprofit organizations and leadership organizations,” Reddick said. “We had no paid staff.”

Now, the nonprofit has one full-time employee (Day) and two part-time paid staff. 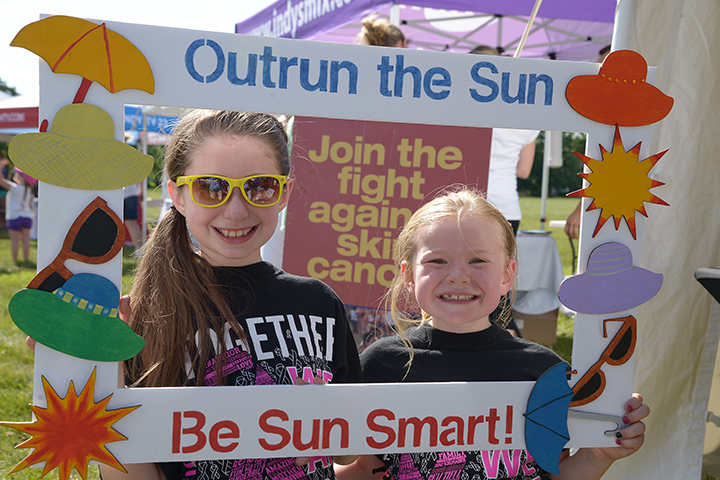 Day, who is full-time as the executive director, said the first race drew approximately 1,600 runners on a course along the White River in downtown Indianapolis.

A representative for Tuxedo Brothers Event Managers, race managers, told the founders if they had 200 or 300 for the first race it would be good. MacDougall and Day leaned on their public relations experience to gain support.

“We had (1,600) because we beat the bushes,” MacDougall said. “We told everybody about the race, and there hadn’t been any nonprofit dedicated to melanoma and skin cancer. So there was a void there, and I think our organization helped to fill that void. When you lose someone to the disease, you are motivated to do something about it, and we all were.”

The race moved to Fort Harrison in 2010.

Reddick said the research is making a difference.

“We all thought there were no protocols to treat melanoma, but over the last 15 years, the research has improved dramatically,” Reddick said. “So if you are that stage 4 melanoma patient, it’s not necessarily a death sentence, because through the genetic research, they’ve been able to unlock why melanoma is less susceptible to chemotherapy treatments. There have been huge advances, and an important message  here is a lot of reason to have hope if people have skin cancer or melanoma because enormous strides are being made all the time.”

MacDougall said now every single student in IU Medical School learns how to detect signs of skin cancer because of the program.

Along with the races, Outrun the Sun promotes sun safety measures all year.

At the Indianapolis 500, the nonprofit’s volunteers give out free sunscreen and an ultraviolet wrist band that changes color when exposed to sunlight.

Following the race, there is a Sunset Festival with music, games and food trucks.

To register for the races, visit outrunthesun.org. 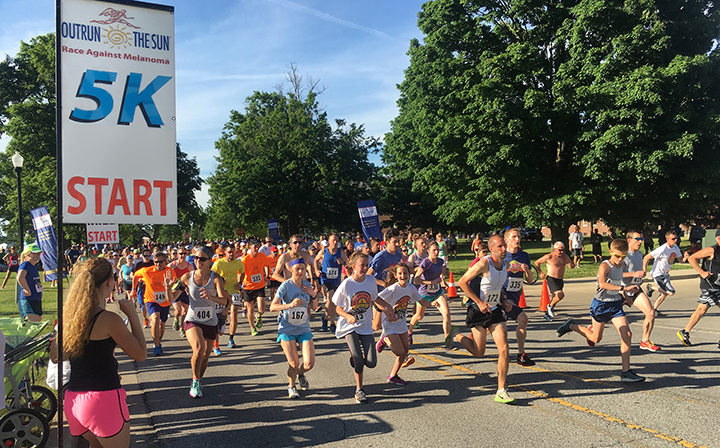