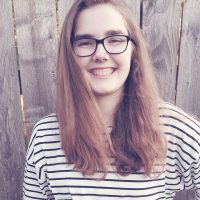 Crites, who will be a freshman at Westfield High School this fall, will join several other area students for the IWS Side-by-Side concert at 7 p.m. June 16 at the Carmel Gazebo, 1 Civic Square. The free concert is entitled “American Icons.”  IWS music director Charlie Conrad said this is the first traditional side-by-side concert his group has done.

“I have never been a part of the side-by-side concert before, and am excited to learn more about what it takes to be a professional musician,” Crites said. “After the first rehearsal, I was a little relieved by how well it went. On the other hand, I was moderately shaken by how quick everyone was. At school we usually had about a minute to switch songs. As a percussionist, sometimes even that minute isn’t enough. With the Indiana Wind Symphony, we didn’t get much more than 30 seconds. It didn’t take long for me to figure out how fast I had to move, but, man was that first transition was eye-opening.”

Emily Stucky  who will be an freshman at Zionsville Community High School, has a similar experience.

“I’ve never seen anything like it,” said Emily, who plays the clarinet. It’s a bit of an adjustment from middle school band, seeing as I’m playing with professionals. It’s nice that everyone is prepared for rehearsals.”

Her older brother, Sam Stucky, will play the flute at the concert.

“The music is a good bit more difficult than what we play in school, but the challenge is nice,” said Sam, a 2017 ZCHS graduate. “It will be interesting performing outside, as concert bands and the music written for such an ensemble is not really designed for outdoor playing. However, given that it’s pros and not high school students, rehearsals tend to run much more smoothly, so I have no fear that the performance will be spectacular.”

The soloist is Leilani Spurlock, who will be Pike High School senior.