You are at:Home»Current in Fishers»Golf and green space: Graystone residents concerned with church expansion plans 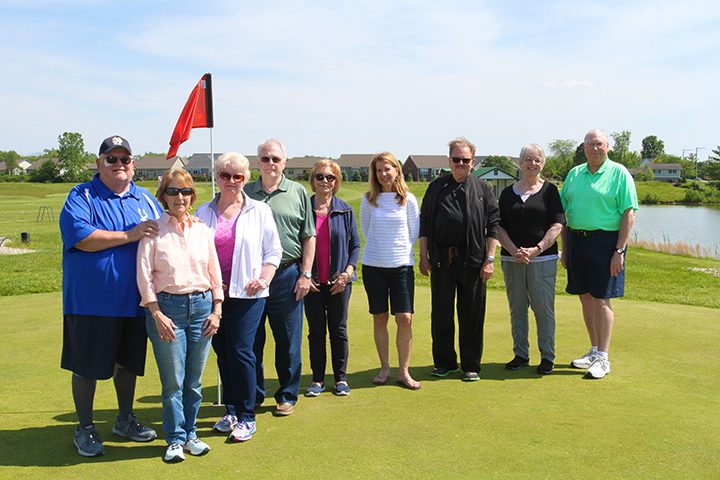 When Bob Jackson moved into the Graystone neighborhood, he wasn’t informed that the golf course bordering his property could possibly leave, taking the open green space he views from his porch with it. Neighbors Susie Torzewski, Kim Miller and Teona Wright all had a similar experience.

Now, iTown Church has proposed an expansion onto the driving range and putting greens of Gray Eagle Golf Course at the corner of Brooks School Road and 126th Street. The course would remain, but the previous driving range and green space could become 75 percent hard surface with parking lots and the church building. Although the neighbors aren’t against the church’s expansion and development, they said they are against the lack of green space.

“When we built (in Graystone) 11 years ago, we were told there’s no way anyone can ever build over there, that it will always be golf course,” Torzewski said. “I realize things changed, but that’s the whole reason we built.”

Residents are concerned about more than just the loss of the green space and wildlife, though. Jackson highlighted three reasons he’s not happy with the proposal.

“Number one is the loss of green space. Part of the community leaders’ responsibility as stewardship to our community is to retain green space,” he said. “The second thing that’s very important is the amount of safety for our (neighborhood). We look out there now and see the amount of cars running up and down this road (Brooks School Road), and it already has more cars on it than it was ever designed to have. (The church’s) contention is they have police out here to direct traffic, but in this neighborhood, we can’t get out now. The third thing is for those of us who live along this area, when you’ve got a parking lot and a road behind your house, you’re going to devaluate your property significantly.” 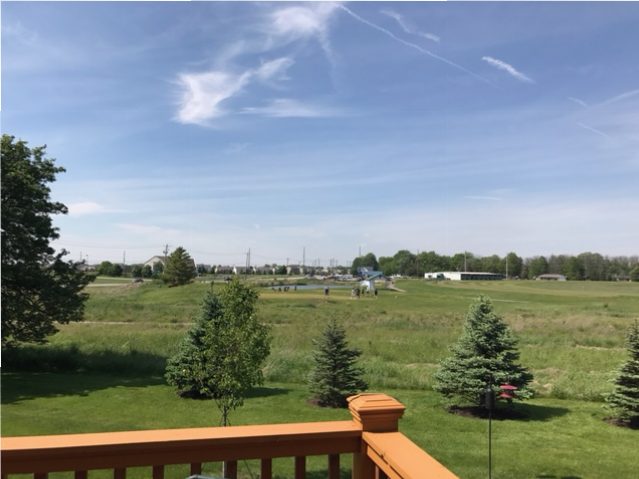 Residents in Graystone neighborhood have this view of the green space at the Gray Eagle Golf Club from their back porches. (Submitted photo)

Mason McDonald, executive administrator for iTown Church, which is only three miles from its proposed expansion site, stated iTown Church was planted in 2010 with “the simple mission of helping people move from where they are to where God wants them to be.”

“Weekend services are designed to present the timeless message of Jesus Christ in a clear and fresh way, and have grown from 340 on the first Sunday to over 3,000 meeting at three different locations in Fishers, Castleton, and Carmel,” McDonald stated.  “The new property will be the perfect location for iTown’s new home for the Fishers campus, allowing us to reach even more of the Fishers community with the Gospel due to it’s central location and easy access. We are excited for the opportunity to continue to invest into the Fishers community and central Indiana for generations to come.”

“We are believers,” he said. “And like I told (the church) from the beginning, you can never have too many churches.”

Thompson also added that funds from the sale, at a price he did not want to disclose at this time, will allow for the golf course to build a new clubhouse onsite.

“That’s how we’re reinvesting (the funds),” he said.

While designs for the clubhouse are in the early stages, Thompson said the new clubhouse would keep the indoor golf simulators, and allow for the club to host bigger outings and weddings.

“We would probably have twice the seating than what we have now,” he said.

City council member Pete Peterson acknowledges he is a golfer, and that if the driving range were to no longer be available at a golf course, he probably wouldn’t golf there anymore. However, Thompson said R.N. Thompson owns and operates another nearby driving range that is about two miles down the street, so golfers would still have access to one nearby.

“Whether it’s a strip mall, whether it’s a business park, whatever is going into a piece of area, it’s our job to make sure it fits with the overall scope of zoning within the area,” Peterson said.

Peterson said originally councilors believed the zoning for the area would allow for the church but then discovered it only allowed for a golf course.

“You can’t have a golf course with no driving range because the avid golfer going in and out won’t support it,” Peterson said. “My big consternation with this whole thing is the fact they need to find a reasonable solution that allows for every meaningful chance that golf course will stay in business. With zoning that was there prior, I believe there is a reason behind (it being zoned for a golf course) and we’ll try to do everything we can from a council basis to make sure that potential has every chance to survive.” 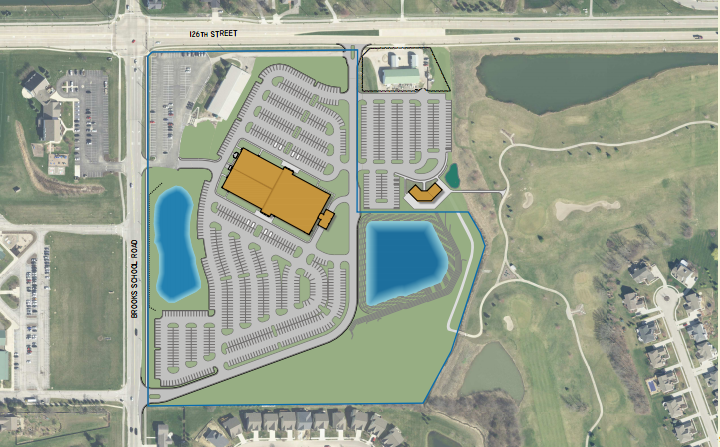 iTown Church has proposed an expansion onto the driving range and putting greens of Gray Eagle Golf Club. Seventy-five percent of the proposal includes hard surface, such as the parking lots and the building. (Submitted image)

Plan commission – Members of the public can speak on agenda items during the plan commission meeting scheduled for 6:30 p.m. June 7 at City Hall, 1 Municipal Dr.

City council – The Fishers City Council is scheduled to vote on the proposal at 7 p.m. June 19 at City Hall, 1 Municipal Dr.