You are at:Home»Current in Zionsville»Dreaming small: Living tiny led to big idea for Zionsville entrepreneur 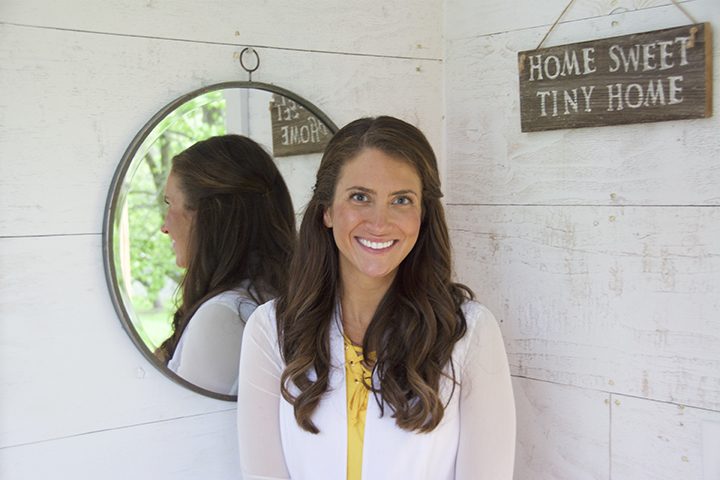 Maggie Daniels has launched Try It Tiny, a service that connects tiny homeowners with renters and landowners. (Photo by Lisa Price)

A magazine, TV shows and countless blogs are dedicated to living with less, and now a Zionsville resident has created a website dedicated to tiny home rental.

Try It Tiny launched in March, connecting tiny homeowners with renters and landowners.

The idea came to Maggie Daniels after listing her rural Zionsville property on Airbnb. 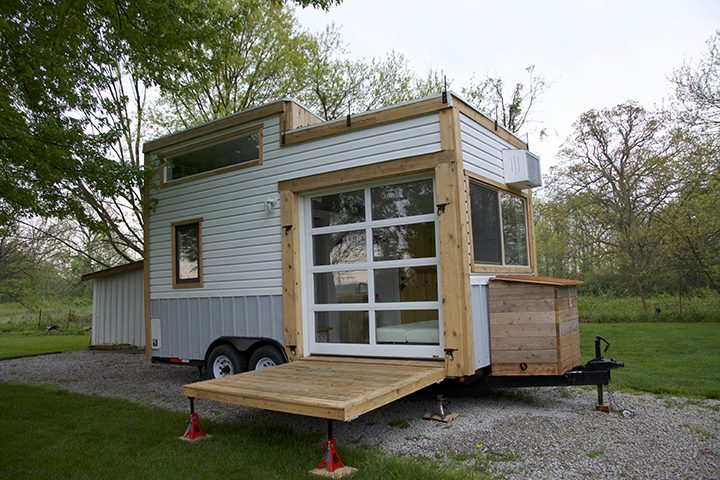 Maggie Daniels purchased a tiny house to stay in while her home was rented out through Airbnb. (Photo by Lisa Price)

“I ended up getting a lot of interest,” she said. “I was leaving my property every week.”

She decided to add a tiny home to her property to serve as a temporary residence so she wouldn’t rely on friends and family when her home was rented. Learning more about the tiny house movement, she discovered that people are interested in temporarily downsizing “just to see what it’s like.”

“That’s where the lightbulb started to go off,” she said. “As long as I didn’t rent them both at the same time, I wouldn’t have to keep leaving,” she said.

A former employee of Kite Realty, Daniels then began toying with the idea of creating a website for tiny home and property rental.  By the end of last year, she raised $175,000 in seed money to help with website development and marketing.

“I was fortunate enough to have folks that believed in the idea, even though I didn’t have the product built,” Daniels said. “I think any entrepreneur would probably say they have a healthy amount of fear and skepticism, at the same time that they have hope and excitement. Sheer paranoia keeps me up at least once or twice a week.”

Although part of the concept is similar to other home rental websites, Daniels adds a unique opportunity to rent land for those whose homes are mobile. She estimates that 75 percent of tiny homes are mobile, although the number is difficult to track.

Across the nation, 1 percent of homes are listed at fewer than 1,000 square feet, but because they don’t require the same building permits as larger homes, they are more difficult to track.

Land can be rented to anything that’s 400 square feet or less, whether it’s an RV or mobile tiny home.

“I’ve tried to be able to offer a level of specificity that helps in terms of getting the right sense of that land (for rent),” she said. “That’s the hardest part. There is no real template for what that looks like.”

Parking availability, what type of ground the house will sit on and whether RV hookups and water are available are among the questions hosts are asked.

“There really isn’t a defined standard,” she said. “That happens to be the biggest ambiguity,”

Rental homes are ideally 400 square feet, but Daniels said there are no rules about size defining what a tiny house is. The average tiny house is 186 square feet, according to the National Association of Home Builders.

“I think the movement is more about the lifestyle than it is about the structure,” she said.

The website is recruiting hosts with a free listing, and 500 people have signed up for a newsletter.

Daniels’ website rentals are all within the United States. She has no plans to extend internationally.

Daniels also created the website Dream Tiny, a side project that is “akin to Pinterest” for small house owners and dreamers.

“That’s been a really exciting tool to engage with the industry,” she said. “It’s a fun way to see what the latest and greatest is that’s out there. It’s the realization that the tiny house movement isn’t just for those who live in a tiny home full time. I think the movement is rooted in self-sustainability, the low carbon footprint, this minimalist lifestyle, and I think that is here to stay.”

Airbnb has recently come under fire in Indiana, with Carmel sending letters to known short-term renters in January warning that they were in violation of city zoning laws and were required to cease operations.

In February. the Indiana House passed a bill barring local governments from banning short-term rentals with certain guidelines such as maximum length of rental. The bill did not become law, but legislators have expressed interested in re-examining the issue in the future.

“I don’t want to comment too much on this,” she said. “There are a lot of differences between what we’re trying to do and what that bill is trying to accomplish.”

Daniels said that her website would limit rentals to a maximum of 30 days. 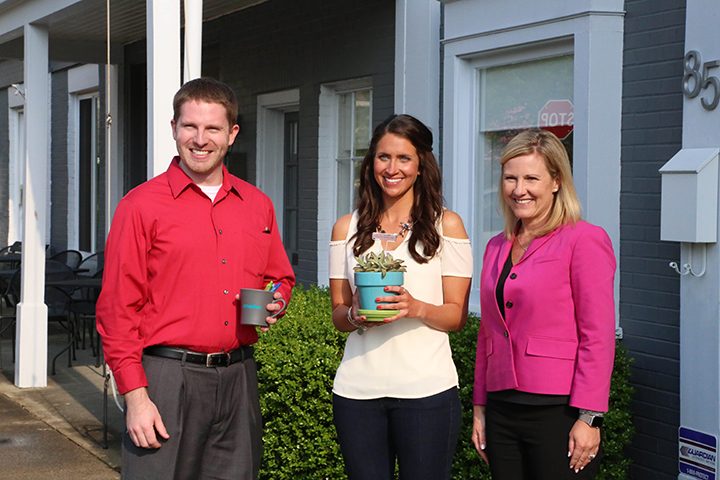 On April 20, the Boone County Economic Development Corp.  presented Maggie Daniels a free membership to zWORKS, Zionsville’s co-working space. Boone EDC presents a zWORKS membership to a local entrepreneuer once a year. The entrepreneur who founded Crave.ly, an app that assists people who are searching for certain types of food, was the previous recipient. 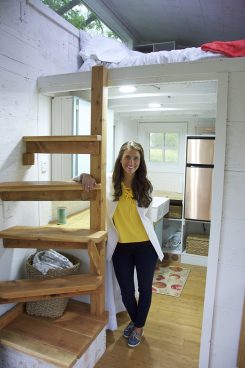 Favorite book: “Zero to One” by Peter Teal