You are at:Home»Current in Carmel»Carmel Community»Retired Carmel pharmacist recognized as trailblazer 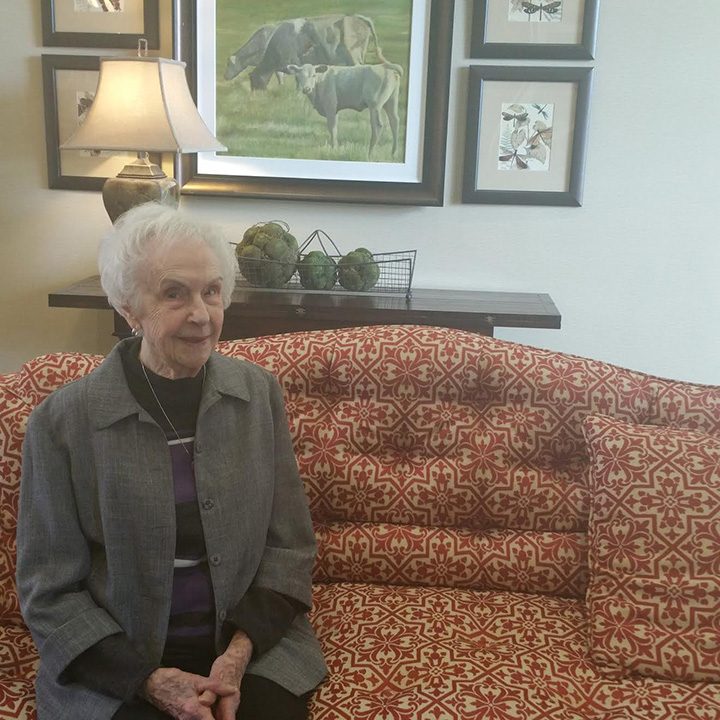 Retired pharmacist and Carmel resident Evelyn Rice said she feels fortunate to have experienced the best of both worlds by raising her sons and pursuing a career she really enjoyed. (Submitted photo)

Evelyn Rice entered the workforce as a pharmacist at a time when few women worked, and those who did were often nurses or teachers.

The Barrington of Carmel, where Rice, 98, resides, recognized her as part of National Women’s History Month, the theme of which is, “Honoring Trailblazing Women in Labor and Business.”

“I was married with three sons, and my husband was serving our country onboard a ship,” Rice said. “My parents wanted me and the boys to move back home, but I had a pharmacy degree and knew that I could put it to good use if I could get a job.”

Rice received a pharmacy degree from Ferris State University in Michigan. She said she was one of three women in her pharmacy classes. She said the attitude from her male colleagues was often that the women were out of place, which only made her more determined to pursue her degree and career.

“I just made up my mind that I had just as many brains as they did,” Rice said.

Rice said her mother, a teacher, instilled in her the importance of education.

“You just felt good to be able to do the things that you were doing and using your education,” Rice said. “You value the opportunity you have.”

Rice started work at age 23 and retired at 75. During her career, she worked in the chemical control labs at Eli Lilly and Dow Chemical. and at the defunct Hook’s Drug Store in Indianapolis.

“(Rice) is a remarkable woman, and her life story is amazing,” said Jesse Sias, executive director of The Barrington. “She has broken down stereotypes and paved the way for so many women who have come after her. Because of Evelyn and others like her, women today know that they can accomplish anything they set their minds to.”