You are at:Home»Current in Fishers»Fishers Police Dept. arrest man in Circle K theft

The Fishers Police Dept. recently arrested James A. Sloat, 28, Fishers, for stealing money from an ATM in the Circle K convenience store at 9611 Allisonville Rd. 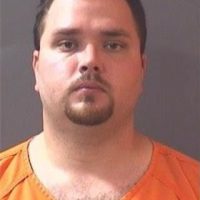 According to a press release sent to Current, a store clerk reported a masked man entering the store June 1 and going into the store office. The man then retrieved the ATM key, opened the machine and accessed the cash drawer. An undetermined amount of cashed was removed, and the suspect then left the store. The suspect did not speak or approach the clerk during the incident, and no one was injured.

After speaking to witnesses, the FPD investigated and discovered a person of interest, Sloat, whom they located in Indianapolis. After speaking with investigators, Sloat was transported to the Hamilton County Jail where he is currently held.

Sloat was charged with Theft, which is a Level 6 Felony.