You are at:Home»Current in Geist»Lawrence police arrest three after vehicle pursuit from PNC Bank 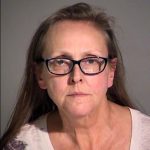 On May 30, just before 11:30 a.m., Lawrence police officers responded to PNC Bank at 9105 E. 56th St. to investigate the report of three occupants of a white Chevrolet Impala who were attempting to cash a stolen check at the branch.

As officers arrived at the bank, they observed the vehicle in the outermost lane of the drive-thru lanes, with three occupants inside the vehicle. Upon noticing marked police vehicles converging in the area, the driver of the vehicle drove out of the drive through lane, heading east through the parking lot. Officers attempted to stop the vehicle by activating their emergency lights and siren, which the vehicle driver ignored, sped up, and drove west on E. 56th Street without stopping, eventually turning onto northbound I-465. 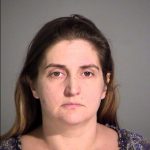 Just after driving northbound on I-465, officers observed the back seat passenger throw shredded paper out of the window. After doing so, the driver of the vehicle stopped on I-465 just before the I-69 exit.  All vehicle occupants were taken into custody without incident. The vehicle pursuit went approximately four total miles. Lawrence Police and Indiana State Police unsuccessfully attempted to locate the shredded pieces of paper.

Officers learned that the check and identification card that had been presented at the PNC bank had been stolen the day prior from a “smash and grab” theft of a woman’s purse from a vehicle parked in a parking lot during a sports event on the northwest side of Indianapolis. Witnesses in that incident reported observing a white Chevrolet Impala in the area when the theft occurred. 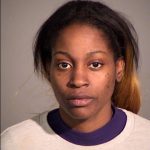 The driver of the Impala, identified as Mary Roberts, 60, Indianapolis, was charged with resisting law enforcement, a class 6 felony. The front seat passenger, identified as Dionne Reisert, 42, Indianapolis, was charged with forgery and attempted theft, both class 6 felonies. The back seat passenger, Tiphani Green, 25, Ft, Lauderdale, Fla., was also charged with forgery and attempted theft, class 6 felonies. All initial charges are preliminary; Police said a final charging decision will be made by the Marion County Prosecutor’s Office within the next few days.