You are at:Home»Current in Westfield»NewPro Containers moves to Westfield 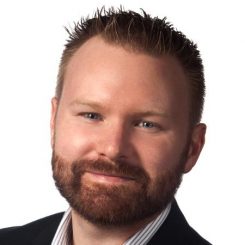 For Jeremy Dearringer, moving his company to Zionsville to Westfield just made too much financial sense.

“We had a site to move in Zionsville where we’re going to move, but were motivated to move to Westfield because of the property tax incentives,” Dearringer said. “We got a phased 10-year property tax abatement. So (officials) motivated us to move our project to Westfield by giving the majority of our property taxes off the first year, then the (abatement) decreases until it disappears after 10 years.”

NewPro Containers, which will move to 16460 Southpark Dr., Westfield, is a manufacturer and importer and wholesale distributer of indoor and outdoor plant containers. Dearringer said they sell mostly to interior and exterior landscaping companies.

Dearringer’s father, George, started the company in 1989. Dearringer, a 2000 Zionsville Community High School graduate and Westfield resident, purchased the business from his father in 2015. The company started in Zionsville, moved to Whitestown and returned to Zionsville in 1998.

“Having everyone work under one roof will be really cool,” Dearringer said. A ground breaking at the new site is planned in July and completion is expected by January 2018.”

Dearringer said there will be a lot of windows to bring natural light into the workspace.

“We’ve been experiencing quite a bit of growth in last couple of years,” Dearringer said.

Revenue at this juncture is up 50 percent from last year. Revenue was up 20 percent in 2016, from previous year.

Dearringer credited his marketing background for the growth.

“We put some new life in the business from some marketing efforts and we’ve aggressively expanded the product lines,” Dearringer said. “While my father was working toward retirement, now that I’ve taken over the business we’ve been moving to expand in the marketplace and investing more in marketing for future.”

The company has 16 employees and expects to hire more.

Dearringer worked for NewPro off and on as teenager. He then returned to the business for two years after graduating from Purdue in 2003 with a degree in organization leadership.

“I came back to the business when I graduated from Purdue for a couple of years,” Dearringer said.

Then Dearringer was a co-founder of Slingshot SEO, a marketing agency, in Indianapolis with two fellow ZCHS graduates.

Dearringer’s wife, Melanie, a Purdue graduate, also works for NewPro. They have a son, Gunnar, who turns 6 years old June 19.