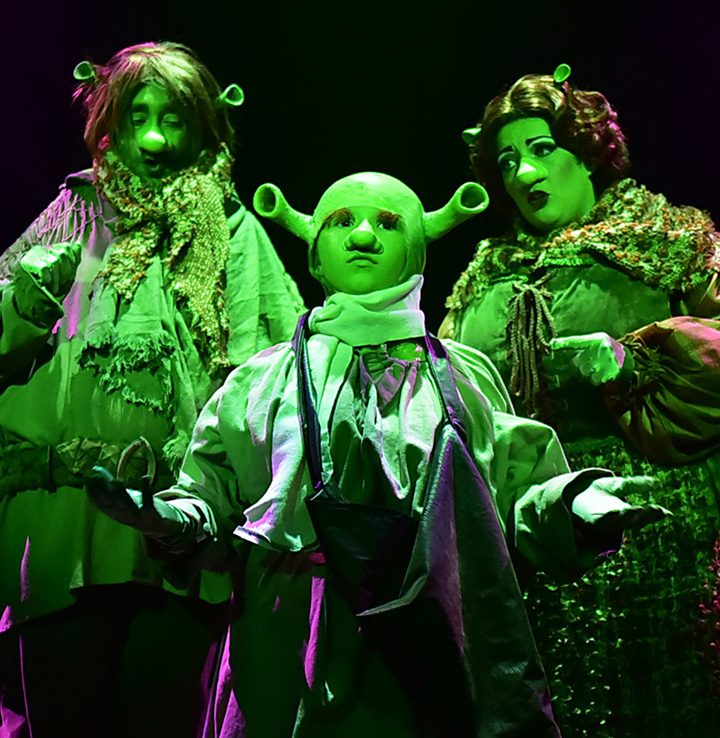 When audiences see the title character in “Shrek, The Musical” for the first time at Beef & Boards Dinner Theatre, it’s the ogre’s seventh birthday. And portraying the unmistakable green character is Aiden Shurr of Carmel. 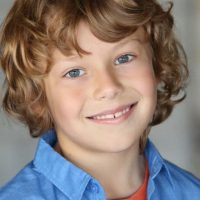 It’s an impressive debut at the dinner theatre for this College Wood Elementary third-grader, who also plays a Dwarf in the show.

“First I saw the movie and thought it was funny. Then I watched the musical and thought it was even funnier,” the 9-year-old thespian said. “When I had the chance to audition for ‘Shrek’I tried out because I wanted to wear the green ogre makeup and make people laugh.”

And he can add the role to his growing resume, which includes performances in “Gypsy” at Anderson University, and multiple productions at Booth Tarkington Civic Theatre including “The Wizard of Oz,” “Alice in Wonderland,” “Trial of Goldilocks,” and “Beauty and the Beast.”

“You get to be so many characters, meet lots of new people, and make others laugh. It’s so much fun,” he said, adding he’d like to become a professional actor someday. “I love to sing and dance and I love theatre. I love being in the shows and meeting new people. I’ve learned so much from my acting and dance teachers and my fellow actors. I always have an awesome experience and it makes me want to do more and more.”

When he’s not on stage, Shurr enjoys karate – and he’s already earned his black belt. He is the son of Stacey and Tim Shurr.

“Shrek, The Musical,” runs until July 2. For more, visit beefandboards.com