You are at:Home»Current in Zionsville»‘Incredibly fortunate’: Zionsville soldier among unit honored for valor on Iraqi battlefields 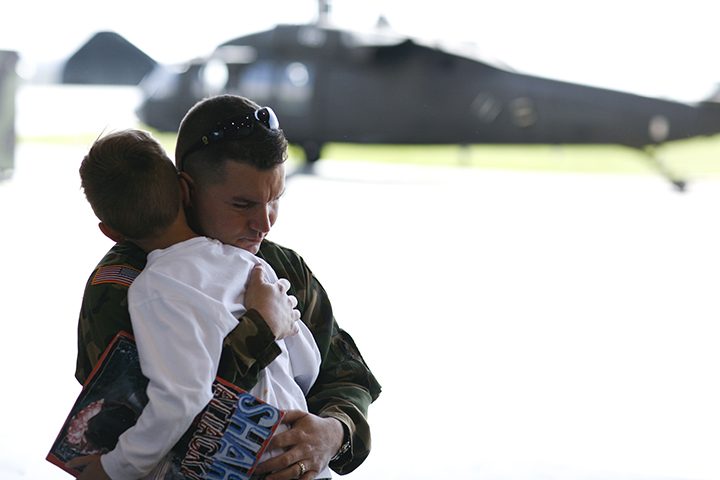 Tim Stoner hugs his son, Briggs, before being deployed in 2007. (Photo by Nathaniel Edmunds Photography)

Nearly 10 years ago, Tim Stoner’s Medevac unit accomplished many firsts in the state.

“We were Indiana’s first aviation unit that that had ever been deployed in combat in any war ever,” Stoner said of his medical evacuation unit. “We were the first Blackhawk (helicopter) and Medevac unit in Indiana. Indiana had sent many soldiers since Sept. 11 (2001), but we had always done combat arms units or military police.”

Stoner, 47, now a lieutenant colonel in the U.S. Army Reserves and 307th Medical Brigade executive officer, was in the Indiana Army National Guard for 26 years before switching to the Army Reserves.

At the time of his deployment to Iraq, he was commander of Company C, 2nd Battalion/238th General Support Aviation Battalion, which received a Valorous Unit Award for Extraordinary Heroism in Military Operations Against an Armed Enemy from Aug. 4, 2007 to April 15, 2008. The award is equivalent to the Silver Star for all individuals in the unit. It was awarded in 2009, but the unit didn’t learn about it until approximately three years later. Thus, it drew little attention in Indiana. As Memorial Day nears, Stoner is eager to share his unit’s accomplishments.

The unit had approximately 3,300 combat flight hours, 1,000 combat missions and 1,500 patients evacuated from the battlefields of Iraq.

“We brought everyone home that we took over and we were accident- and incident-free,” Stoner said. “We were incredibly fortunate.” 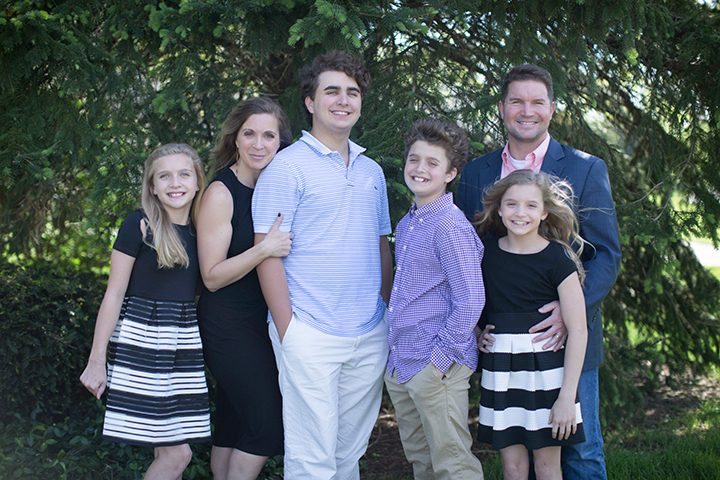 Stoner’s unit consisted of 140 members, with the majority from Indiana. The Medevac aircraft unit has no machine guns aboard, per the laws of the Geneva Conventions. Unit members carry a rifle and a pistol.

The enemy did not follow those rules of engagement.

“We weren’t fighting the national states who signed the accord. We were fighting an insurgency,” Stoner said.

In addition, Stoner said at least 30 percent of the patients they rescued were enemy insurgents.

Bryon Blohm, who lives on the northwest side of Indianapolis, served as the executive officer under Stoner in the unit.

“We had tremendous success,” said Blohm, a major in the Army Reserves. “We had a very skilled team. We had patients on board for up to 2 1/2 hours, covering the distance we had to cover, which is an incredibly long time for patient care to be delivered in the back of the aircraft.”

It takes a neighborhood

Tiffany Stoner negotiated her husband Tim’s deployment with more than a little help from friends and neighbors. 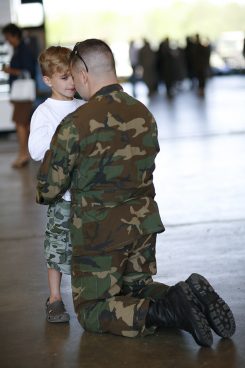 Tim Stoner visits with his son, Briggs, before being deployed in 2007. (Photo by Nathanial Edmunds Photography)

“When I left, we had four children under age 6, three in diapers, so it was a tough tour for Tiffany as well,” Tim said. “(The spouses) have the hardest piece of the tour, holding the home front down and making sure the kids are all right.”

“Tim challenged me, because he said I would drown before I ask for help, because that’s the type of personality I was,” Tiffany said. “I took the challenge and said, ‘You know, this is the point I’ll take whatever help anyone wants to offer.’”

Before Tim left, neighbors tied a yellow ribbon at every house in their Austin Oaks neighborhood.

“I knew then that there was going to be a tremendous amount of help,” Tiffany said. “Everyone knew I had my hands full. That was obvious.”

If neighbors cooked a big dinner, they would bring extra helpings for Tiffany and the kids.

Even though the Stoners were not members, Zionsville Presbyterian Church sent someone over in a rotation to stay with the children for 90 minutes during the Bible study session so Tiffany could get some alone time or run errands.

“They would walk in and I’d say, ‘You don’t even need to know their names. Here’s the bottles,’” Tiffany said. 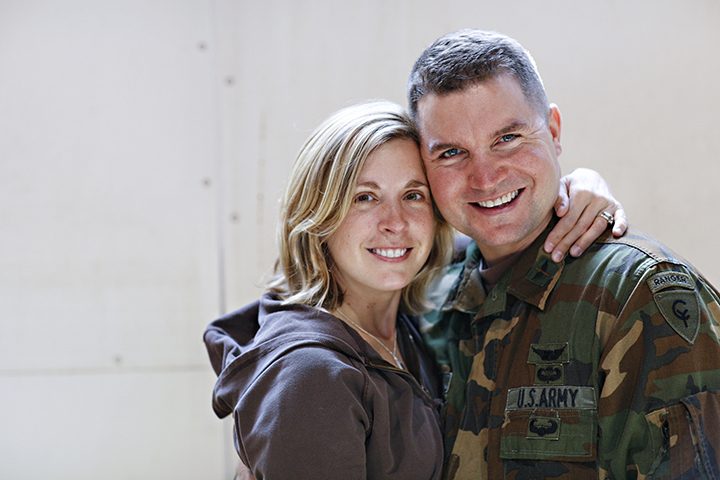 During his deployment, Tim and Tiffany each wrote blogs and then turned them into a book when he got home. Tiffany and her brother, Nathan Rowe, are co-owners of Nathaniel Edmunds Photography, which supplied the book’s photos.

All proceeds of the book sales of “FamilyPrint” benefits military families.

“It could be for swimming lessons or baseball or whatever the family wants to keep the kids busy while the dad is deployed,” Tim said. “That way the extracurricular activities don’t get canceled because of the financial stress they are under.”