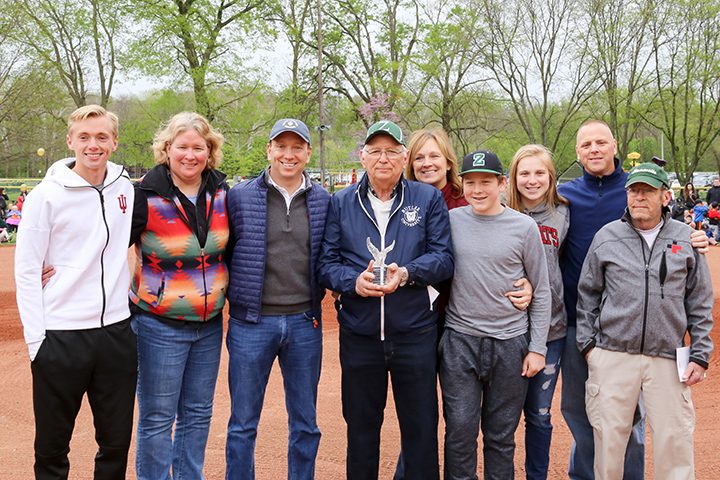 During the 2017 season’s opening night ceremonies, Zionsville Little League announced the establishment of the Judy Veatch Scholarship in honor of the longtime ZLL volunteer.

Each year, the $500 Judy Veatch Scholarship will be awarded to a female high school senior at Zionsville Community High School who participated in Zionsville Little Leage for at least three years.

“As President of ZLL, I was very touched by the graciousness and generosity of the Veatch family,” ZLL President Mike Rinebold said. “It was important that we, as a league, chose a very special way to honor Judy’s memory.  We feel the scholarship does just that by continuing Judy and Don’s longtime devotion to ZLL and extending it to touch even more lives into the future.”

Veatch died in June 2016. Her three children all participated in ZLL, and she continued volunteering, along with her husband, Don, for many years after their children left ZLL.