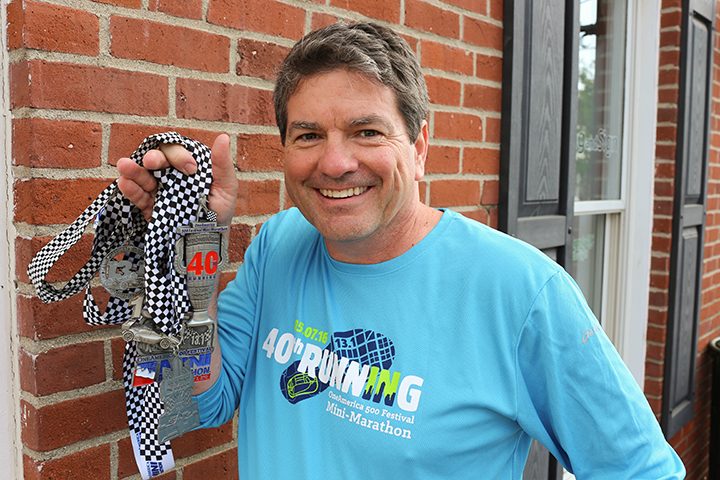 Frank Leonard displays a few of his Mini Marathon finishers medals. The Zionsville resident is preparing to run his 40th consecutive Mini Marathon this month. (Photo by Ann Marie Shambaugh)

It takes about three hours for the fastest drivers in the world to travel 500 miles in Indianapolis in May.

For Frank Leonard, it took 39 years.

The Zionsville resident has racked up 510.9 miles as a participant in the 500 Festival Mini-Marathon, completing each 13.1 mile race for the past 39 years. The only race he missed was the inaugural one in 1976.

“I missed the very first one because I didn’t know about it,” Leonard said.

Leonard is training for his 40th consecutive Mini Marathon, set for May 6. He’s celebrating the milestone by fundraising for the Fresh Start Recovery Center, a residential addiction treatment center run by Volunteers of America of Indiana.

The center allows mothers to live on site with up to two children age 5 and younger, which sets it apart from other recovery programs.

“I’ve (fundraised for) two men fighting cancer in the past,” Leonard said. “It’s a nice opportunity to find a cause that helps women out, since I have three daughters.”

Leonard wants to raise $4,000 for the Indianapolis center to help it expand. More than 100 women are on its wait list. He is accepting donations for Fresh Start Recovery Center at bit.ly/raise4000. 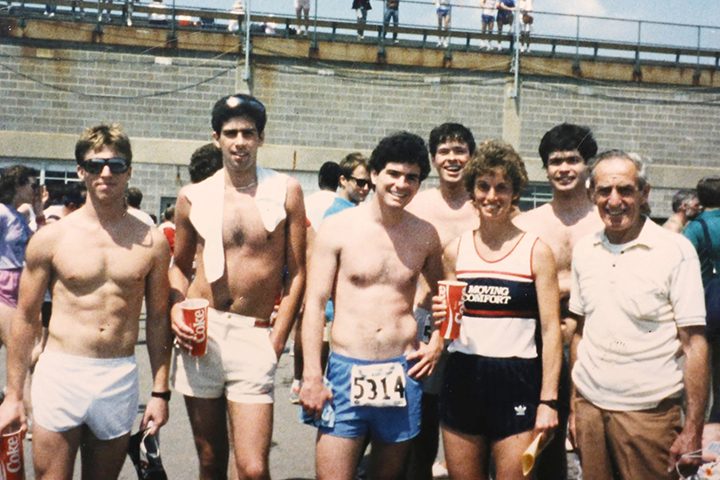 Leonard, 52, began running when he was a 10-year-old kid growing up on the northeast side of Indianapolis. A neighbor inspired him to try competitive running, so he joined the track team at school. He signed up for his first Mini Marathon in 1978 as an eighth grader at St. Lawrence Catholic School.

Forty years later, Leonard has enjoyed watching the race grow. In 1978, less than 1,000 people participated, and the course started in downtown Indianapolis and ended at the Indianapolis Motor Speedway. This year, organizers are expecting about 35,000 participants, who will still run around the 2.5-mile IMS track but start and end near Military Park.

Only 10 people have run the Mini Marathon more times than Leonard. They comprise the Alumni Club, and all of them are planning to run again this year. Leonard knows he can never say he ran all of the Mini Marathons, but he wants to keep his streak going for a long time.

Sabrina List, vice president of marketing for the 500 Festival, is impressed by all of the runners who come back decade after decade.

“They are some of the most inspirational, dedicated individuals that we know, and they are the reason we do what we do,” List said. “To be able to commit to something and do something for 40 years is remarkable. They make our job well worth it.” 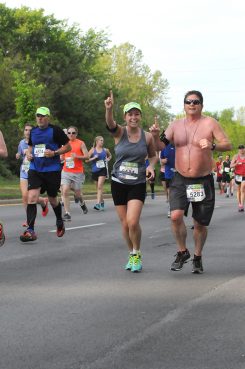 Leonard doesn’t have a favorite Mini Marathon, but a few memories stand out from the past 40 years. In 1993, he asked his future father-in-law for his daughter’s hand in marriage before the race began, and approximately 35 years ago he ran it with his five siblings.

“They’re all fun,” he said. “I like the way the community comes out and supports the runners. There’s always a lot of people cheering you on.”

Leonard frequently trains on the Zionsville Rail Trail, running 20 to 30 miles a week. By day, he works as a sales account executive at Innovative Integration, an Indianapolis company that supports his lifelong hobby and 2017 fundraising goal.

Leonard said he runs more for the fun than the competition, and his goal at this year’s Mini Marathon is to finish in less than two hours.

“I was more competitive when I was younger,” he said. “Now, I’m more proud of my consecutive streak than my (finish) time.”

Mini Marathon participants will experience many of the aspects that have made the race famous through the years: running around the Indianapolis Motor Speedway oval, finisher medals and a big post-race party. But runners also can xpect a couple of new features, too.

Meb Keflezighi, an Olympic medal-winning marathoner, will be positioned between miles seven and eight at the IMS to encourage runners as they tackle one of the hardest parts of the course.

“He wanted to find a way that he could interact and engage with participants,” List said. “His goal is to high-five just about everyone who goes past him. He’ll be there rooting for everyone.”

Runners also will receive encouragement from soldiers stationed on a Kosovo military base who will run in a “remote Mini Marathon” April 29, List said. Organizers will make the experience as similar to the Indianapolis event as possible, complete with the same shirts, medals and more.

“We’re doing everything we can to recreate this experience with them,” List said.

The soldiers will record video messages that will be played for Mini Marathon runners as they cross the start line.

Learn more or register for the Mini Marathon at indymini.com.