You are at:Home»Current in Geist»Loving Lawrence: Barb and Jim Austin committed to helping Lawrence Township schools 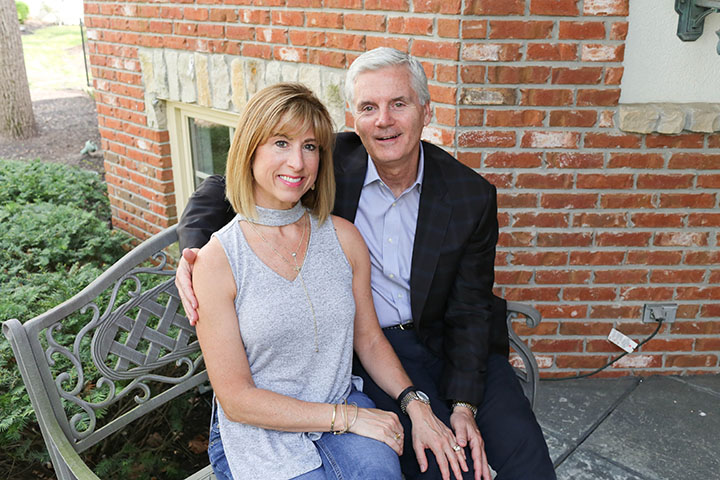 Barb and Jim Austin talk on their dedication and support for Lawrence Township schools. (Photo by Ann Marie Shambaugh)

However, the 1978 Lawrence Central High School graduate said there was no master plan for she and her husband Jim to raise their children in Lawrence Township. It’s just been a very happy coincidence.

“We selected this area long before we had kids,” said Barb, who lives in Geist. “When we realized we were in the boundary of the very schools I went to, that was a bonus.”

Since her oldest daughter, Alexa, was 2 1/2 years old, Barb gave up sales career and concentrated on raising their two daughters and helping the schools.

“Volunteering and being involved has been my ‘job’ for the last 17 years,” Barb said. “I treat those commitments with the same attention to detail as I did in my professional life.”

Barb serves on the board of directors at the Lawrence Township School Foundation.

“We believe schools are the foundation of the community,” Barb said. “We try to find ways to fundraise, classroom help, whatever was needed to make a difference. I was in sales and (Jim) has always been in development and marketing.”

Alexa, a 2016 Lawrence Central graduate, is a freshman at Indiana University. Alexa played golf at LC. Her sister Claire, a freshman, played on the LC golf team last fall.

“It’s been fantastic. Both of our girls have been challenged academically and beyond my expectations,” Jim said. “Academically, I think it can stack up with anyone.”

Barb said she and Jim have always agreed that once you are settled in a community, you want to make the best of it for everyone.

Barb said they are far from alone in that mission, stressing they are only one set of many parents who pitch in to help the schools in a variety of fashions.

“We have met so many wonderful people and made terrific friends who are also invested in the community, generously giving time, sharing skills, and yes, of course, helping to fund projects and initiatives,” Barb said.

Jim is the chief marketing officer for Riley Children’s Foundation. He also is involved with his own development company.

Jim, who attended parochial schools growing up in Chicago, moved to Indianapolis originally to work for Simon Shopping Centers.

“Until you are faced with that, you never think about whether we are going to send our kids to public or private school,” Jim said. “At the time, we were introduced to a wonderful school in Indian Creek Elementary. It was a rock star school. It was a positive experience, and I could see it was benefiting our kids.”

Jim said they began getting involved in the Fall Festival fundraiser for Indian Creek.

“We chaired a lot of the fundraisers for the schools,” Barb said. “We were field trip chaperones and classroom helpers. We then did a Belzer Middle School fundraiser. Then at Lawrence Central, we’ve been involved with their booster club.”

Like many parents, Jim said they work concessions at the football games.

As a co-adviser for the Student Foundation, Barb helped the organization coordinate the collection of prom dresses for both Lawrence North and Lawrence Central students.

“It’s a student-led initiative, and they decided they wanted to have a prom closet. So after spring break, we set up a little boutique in one of the rooms to get prom dresses and accessories,” Barb said.

That helped loan 29 girls a dress or other accessories they needed to lessen the cost of the prom.

In addition to devotion to their schools, the Austins have helped several couples go through the marriage preparation courses at Holy Spirit Parish at Geist in Fishers.

“It’s good for our marriage, too,” Barb said. 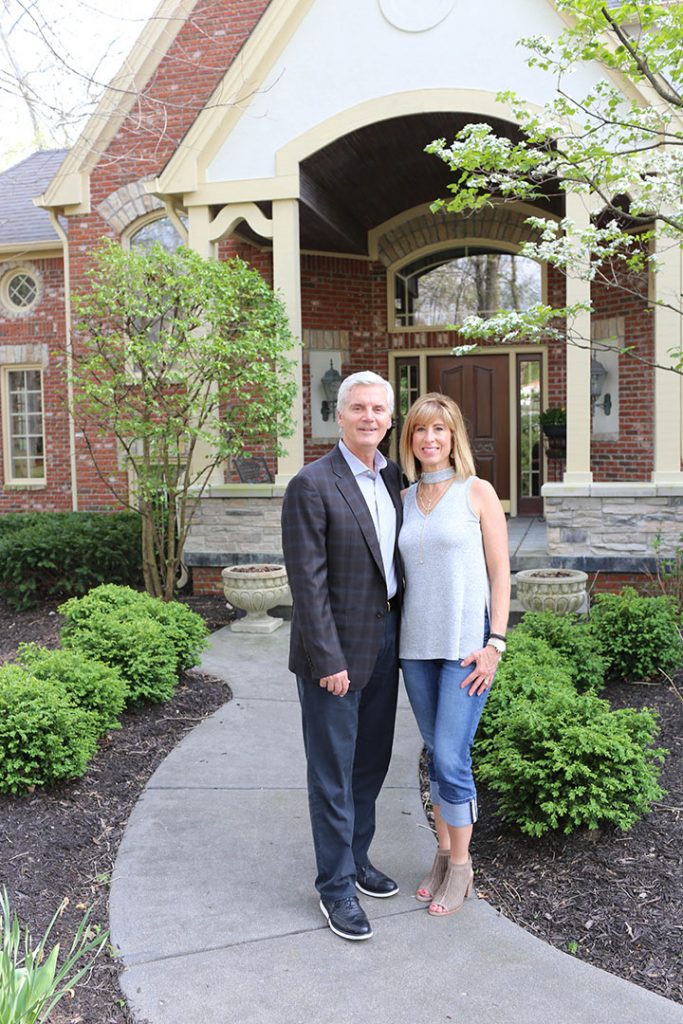 Jim and Barb Austin dedicate much of their time working to benefit Lawrence Township schools through fundraising events. (Photo by Ann Marie Shambaugh)

In March, Barb directed the annual Light Their Future Celebration – the major fundraiser for Lawrence Township School Foundation – for the fourth straight year and will likely direct the 2018 fundraiser. The 2017 Celebration in March raised approximately $95,000.

“Barb’s outstanding leadership and commitment to the students of Lawrence Township has been invaluable to the foundation,” said Angela McIntyre, deputy director for the foundation. “Whether it is guiding our youth through our Student Foundation, serving as a foundation board member or chairing the Celebration, she gives 100 percent and makes a huge impact.”

The reward comes from the students.

“We have loved seeing the spark of giving back ignited within the student population at all grade levels,” Barb said. “Our kids are amazing.”

The foundation’s Fore the Kids Golf Outing at Old Oakland Golf Club is set to start at 11 a.m. June 1. It will be an 18-hole Florida Scramble.

Although details are still in the planning stage, Barb said the weekend of Sept. 22, the 75th anniversary of Lawrence Central, will be homecoming weekend.

For more on the golf outing, visit msdltf.org.